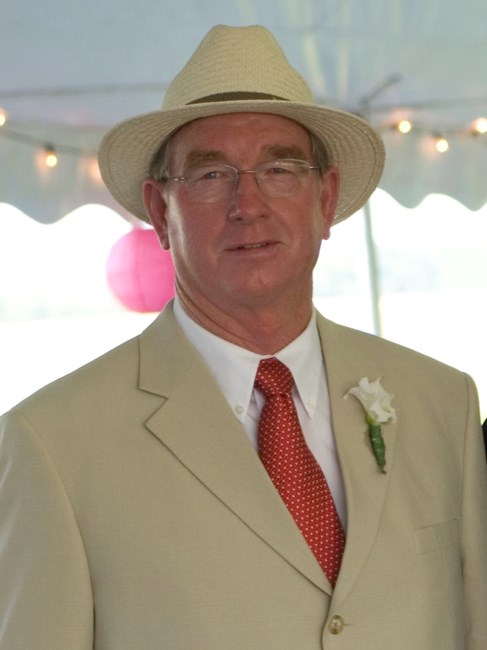 Norman W. Sawyer, 74, of Davenport, formerly of Princeton, Iowa, passed away at the Kahl Home on Tuesday, December 29. A private service will be held Saturday, January 9, 2021 at Zion Lutheran Church. A gathering to celebrate Norman’s life is anticipated to be held on what would have been Norman’s 75th birthday, July 1, 2021. Norman was born in Davenport, Iowa on July 1, 1946 to Gertrude (McGrew) and Harold W. Sawyer. He grew up and continued living most of his adult life on the farm which his father purchased in 1948. On April 28, 1973, he married his beloved wife of 47 years, Lorna Tank. Raising their three children on the farm, where he grew up, was his pride and joy. After high school, Norman attended Iowa State University graduating with a degree in Agricultural Business. In addition to playing trombone at Iowa State, he sang with the Iowa State Singers. He enlisted in the Navy Seabees (CB) after college, where he later played trombone and became drum major for the CB band. Norman’s love for singing and acting became more evident when he performed the lead in “The Music Man” and in Countryside Community Theater’s “The Fantastics”. Besides farming, Norman had his own office as a commodity broker and later sold life insurance. He was actively engaged in farming until he was in an ATV accident in April 2012, leaving him paralyzed from the chest down. Norman was a man of principle; he believed and lived in sustaining honor, honesty and generosity. He loved the day to day adventures of country life; raising cattle, farming, marketing beef from his farm and spending time with his family. Norman was an active member of Zion Lutheran Church where he served on the church council and sang in the church choir. He served as a past president of the Scott County Cattlemen’s Association. He had a delightful sense of humor and a unique knack for glancing down in a field and picking out a four-leaf clover. Those left to honor him are his wife Lorna, his children: Herbert (Meredith McQuiston), Neal (Lucie), Sarah (Mike) Zahradnik; Grandchildren: Ruben, Iris, Annabelle, William, Megan; His sisters: Phyllis (Danny) Nickson and Kathy (Steve) Johnson. He was proceeded in death by his parents. In lieu of flowers memorials in Norman’s name can be made to Zion Lutheran Church, 204 HWY 67, PO BOX 166, Princeton, IA 52768. Condolences can be made on line at www.weertsfh.com
VER MÁS VER MENOS