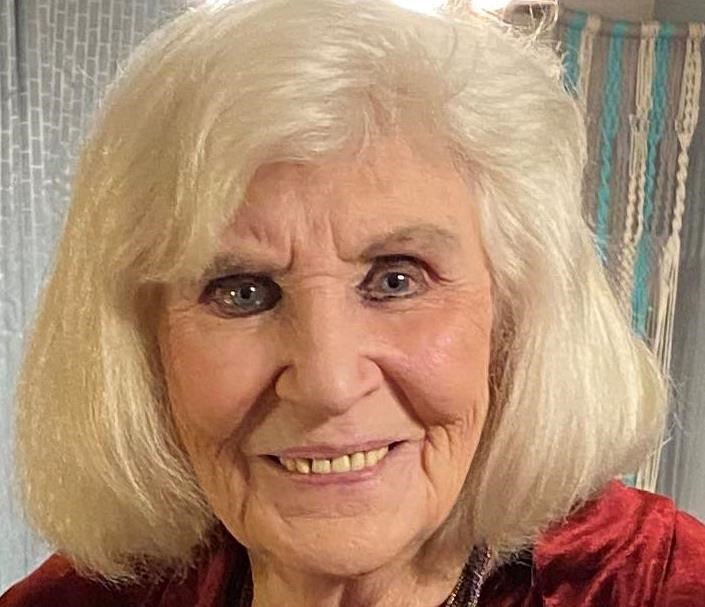 Willa Marie (Carter) Leonard-Gilley was born in Wade, Oklahoma, on December 3, 1928, to Governor and Bertha (Johnson) Carter. She graduated from Albany High School, where she played basketball. She moved to Atoka, Oklahoma, and worked at the Tourist Café, where she met her future husband, Garland John Leonard. They married in 1949 in Sherman, Texas. Together they had 3 children, Frances Elaine, John Andrew, and Lisa Marie. After the kids were grown, Marie and Garland began traveling in their travel trailer. They spent many weeks at Oklahoma lakes having a great time. Marie loved all her grandchildren and took them with her to the lake many times. She was very artistic and made lots of whirlygigs and decorative lights and sold them at the lake and she also liked to paint pictures. She was an excellent seamstress also and made many clothes for her children and grandchildren. She also loved to crochet and was always making blankets and afghans in her spare time. In her recent years, she crocheted many beautiful baby blankets and hats for Infant Crisis Center. Marie also loved to sing and her and a friend, Pat Douglas, would travel around to different nursing homes and churches to sing. After Garland died in 1991, she remarried to Clayton Allen Gilley in 1994 and they were married until his death in 2014. With the exception of the Lord, Marie loved her family more than anything. She was so excited each time a new baby was born so she could get to sit in the rocking chair and spoil them. Marie was a very independent woman and was never afraid to tackle an kind of task around the house. She took care of herself and her home and still drove her car up until the last six months of her life. She will be greatly missed by all who knew her. She is preceded in death by her parents and all her brothers and sisters, as well as her two husbands. She is survived by her daughter Frances Lindsay and husband Marvin, son John Leonard and wife Sandi, and her daughter Lisa and husband Tony, as well as grandchildren, Barry Short, Andy Short, Rebecca Hill, Tony Tate, Jennifer Tate, Gregory Leonard, Ryan Hatchell, and Dylan (DJ) Hatchell and numerous great-grandchildren and great-great grandchildren.