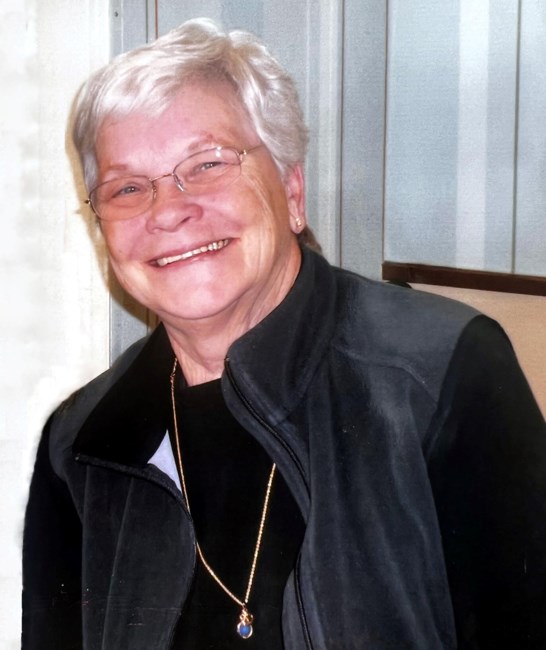 Shirley Rose Gassen 1944 - 2022 Shirley Gassen was a beloved, wife, mother and grandmother enjoying 78 wonderful years of life. She passed away peacefully in the late morning hours on Wednesday, July 27th, 2022. Shirley was born in 1944 in the city of Saint Joseph, Missouri to the parents of Theresa Majeske and Nathan Patton. Shirley was the oldest of three children. Shirley’s siblings were sister Margie and brother Donald “Donnie” Patton. Shirley learned to care for the family at an early age having taken care of Margie and Donnie when she was 12, while her mom Theresa worked. Shirley met the love of her life, Donald Ray Gassen, when she was 13 years old. Shirley and Don were married on August 25, 1961. Shirley and Don started a family as young parents with Having three children Derek, Todd and Craig. Shirley’s family moved to Aurora, Colorado, for the first time, near what was Stapleton International Airport. There she worked at Royal Typewriter to save for a down payment on a house. Shirley and Don shared one car driving Don to Navaho Freight Lines, then dropping her boys off at elementary school before going to work at Royal Typewriter. With the money saved from Shirley’s work at Royal Typewriter the family was able to buy its first home on 850 Ouray Street, Aurora Colorado. The family moved back to Gladstone, Missouri for 2 years before moving back to Aurora Colorado to the family’s house on 2634 South Pagosa Way, Aurora CO. As the three sons started graduating from high school Shirley decided it was time to fulfill a lifetime dream of hers by joining her three sons as they all started going to college at Denver’s Auraria campus. She managed to take the same calculus class with her son Derek. Students in the calculus class asked whether Shirley was his sister. Her son proudly said, “No, that’s my mom!!” Shirley completed college four years later with a bachelor’s degree in finance in 1984 at Metropolitan State University. Shirley worked at ICM Mortgage Company which allowed her to accelerate paying off the house on South Pagosa Way. With the house fully paid off Shirley was able to retire early to take care Don and her mother Theresa. After Theresa passed away Shirley took on the full-time job of taking care of Don who had multiple sclerosis. During their retirement they bought a motor home to travel south during winter. They took their grandchildren Kaylee and Greg on a camping trip to Cherry Creek State Park. Shirley and Don used their motor home to travel for a summer trip to Alaska. Even while Shirley was taking care of Don, she had friends and family over as often as she could. She participated in the “Red Hats” get togethers with fellow women in the neighborhood. Shirley’s friend Jerry Sanders worked on changes to their house that made taking care of Don easier. Don died shortly before Covid. Shirley used her sewing machine to make cloth masks for the family to protect themselves. Shirley continued to call friends and family staying in touch. Shirley made sure people felt they were part of an extended family. She felt it was important to maintain her many friendships. After a brief illness with acute myeloid leukemia, Shirley passed away on July 27th, 2022, comfortably at home. Shirley will be forever missed and always in our hearts. A memorial service for Shirley will be held Sunday, August 21, 2022 from 1:00 PM at Olinger Hampden Mortuary & Cemetery, 8600 East Hampden Ave, Denver, CO 80231. Reception to follow the memorial service at Olinger Hampden Mortuary & Cemetery. Fond memories and expressions of sympathy may be shared at www.olingerhampdenmortuary.com for the Gassen family.
VER MÁS VER MENOS