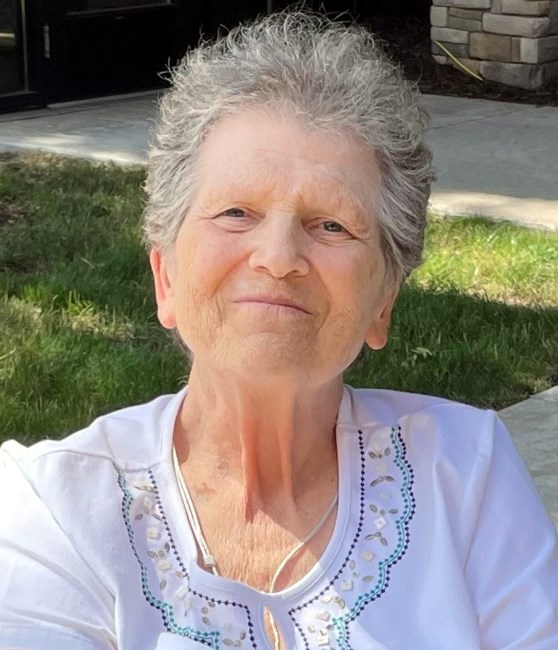 Judith McWilliams, age 81, of Lansing, Michigan passed away on Wednesday, November 23, 2022. She was born September 1, 1941 in Detroit to Earl C. Line and Elizabeth (Schadt) Line. Judy lived in Detroit until she married George in 1960. She worked in a laundromat in Fenton, then as a cook at McDonalds for years. She worked at multiple retail positions, including K-Mart, and in her later years as a greeter at Meijer. She was a hard worker who could always be depended on to do her best. She believed in taking care of her family and rarely asked for anything in return. She was most proud of her children and grandchildren, and of becoming a homeowner. She loved music, flowers, westerns on television, was a prolific reader of crime and romance novels, and enjoyed watching Detroit Tigers Baseball. She was preceded in death by her husband, George McWilliams; her parents; and her step-father, Bert P. Smith. Surviving are her children, Keith (Lynn) McWilliams and Karen McWilliams; grandchildren, Benjamin McWilliams, Conner, Hugh, Owen, and Seth Wilson. A visitation for Judith will be held Sunday, November 27, 2022 from 1:00 PM to 2:00 PM at Gorsline Runciman Funeral Homes, 1730 E Grand River Ave, East Lansing, Michigan, followed by a funeral service at 2:00 PM. In lieu of flowers, contributions in Judith's memory may be made to Greater Lansing Food Bank, https://interland3.donorperfect.net/weblink/weblink.aspx?name=E344133&id=13; and Careline Hospice. Fond memories and expressions of sympathy may be shared at www.greastlansing.com for the McWilliams family.
VER MÁS VER MENOS