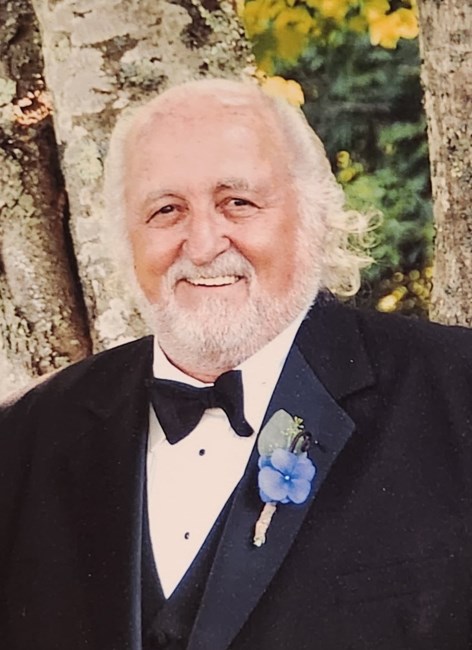 Norman Kingsley “Scotty” Morris, 88, of Fairhaven passed away Friday, November 25, 2022 at home with his family by his side. He was the husband to his devoted wife Jeanne Irene (Casemiro) Morris. Norman was born and raised in Leicester, England and was one of 7 children born to the late Roland and Eleanor (Dunn) Morris. When of age he enlisted and proudly served for the Queen in the British Army Special Air Service (S.A.S) 16th Parachute Regiment and held rank as a Sergeant. Norman was very well decorated in many combat theatres’ as he served in Korea, Egypt, Malaysia, Israel, Cypress and Africa. “Scotty” as he was known amongst his friends – was a member of the American Legion Post 166. He also was a 3rd Degree Mason inducted into the George H. Tabor Masonic Lodge in 1981. He loved golfing, hunting and fishing. He was employed by Frionor Kitchens as a forklift operator for over 20 years before his retirement. Hard to keep down, he spent his later years working with his good friend Mike Smith at Roof Masters out of Fairhaven. With his many skills and attributes, Scotty was always a great guy to have around. Tough, witty, a true gentleman, and not to mention a great cook – always a captivating story teller, adored by his grandchildren - he will be greatly missed. He dedicated many years of his personal time (while lacking a clean shave for months) as the jolly man he so resembled, the one and only Santa Claus. With long nights and next day sore knees he brought Christmas joy to thousands of families and charities all along the South Coast for many years well into his 80’s. His good will and generosity was something to admire and pass on. In his own words, Norman wished to send his love to all of his friends and family spanning from the United States to England, New Zealand and beyond. In addition to his wife and distant family he is survived by three sons, Scott Morris and his wife Yvonne of Durham NH, Ty Morris of Sierra Vista AZ, and Todd Morris and his wife Kate of Fairhaven MA; six grandchildren Timothy, Emma, Ben, Jack, Nora and Mary. He was the brother to the late Ted, Roy, Owen, John, Terry Morris, and Eileen (Morris) Hallam. He was the Son-in-law to the late Richard and Jeannette Casemiro, Brother-in-law to his favorite sister in law Donna and husband Robert Westgate, Richard Casemiro Jr., and David Casemiro. He was Uncle to Douglas Westgate and the late Joshua Casemiro and Jenna Lee Westgate with many nieces and nephews worldwide. Norman’s memories will always bring us a smile and forever be in our hearts! His Memorial Mass will be held on Friday, January 6, 2023 at 11am in St. Joseph's Church, 74 Spring St., Fairhaven. Services are under the direction of WARING – SULLIVAN at FAIRLAWN, To place an online tribute, please visit: www.waring-sullivan.com
VER MÁS VER MENOS