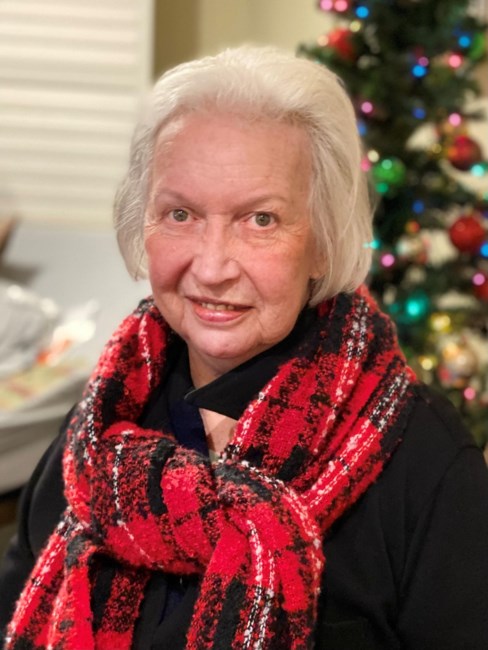 Ella Jenette Buchanan passed away on January 20, 2022 at Methodist Village Senior Living in Fort Smith, Arkansas after a brief illness. Jenette was born May 27, 1941, in Springfield, Missouri and graduated from high school in 1959 from Crowley’s Ridge Academy in Paragould, Arkansas. She attended Harding College in Searcy, Arkansas, graduating with a teaching degree in 1963. Her first teaching position was teaching kindergarten and home economics at Crowley’s Ridge Academy in Paragould, Arkansas, after which she moved to Long Island, New York where she earned a Master’s degree and taught home economics for 38 years. After retiring, she moved to Asheville, North Carolina, where she became involved in the community and hosted many friends and family in her beautiful home. In 2019, health concerns prompted her to move to Fort Smith, Arkansas to be closer to family. Her last three years were spent at Methodist Village Senior Living, where she was lovingly cared for by the staff. Throughout her life, Jenette cared for others. She loved her nieces and nephews and their children; she helped with many charitable projects, often focusing on early childhood education and homelessness; she helped with many friends’ educations, dental work, and everyday needs. Jenette’s curiosity about the world was shown through her world travels with friends and family, often sending postcards from exotic regions. She worked tirelessly for her favorite political candidates by writing letters and fundraising. Her support of the HIPPY Arkansas program was recognized by President Bill and Hillary Rodham Clinton. She also loved to entertain and was an excellent cook. She was preceded in death by her parents, Delpha and Burl Buchanan, husband Ernie Marshall, a brother Cliff (Betty Lou) Buchanan, and a sister Ileta Beckloff. She is survived by her sister Betty (Jerry–deceased) Gatlin of Paragould, Arkansas, her brother Walter (Billie–deceased) Buchanan of Waxahachie, Texas, and brother-in-law James Beckloff of Bentonville, Arkansas. She is also survived by adoring nieces and nephews: Sam (Joyce–deceased) Buchanan, Tim (Sari) Buchanan, Risa (Galen) Hunter, Kent (Julie) Beckloff, Brenda Beckloff, Scott (Jamie) Gatlin, Tony (Lynn) Gatlin, Julie (Hal) Wyatt, Joe Buchanan, Jill (Stewart) Powers, Jan (Scott) Osborn. A family memorial service will be planned for a later date. In lieu of flowers, memorials can be made to Methodist Village Senior Living Foundation 7425 Euper Lane, Fort Smith, AR 72903, or Children’s Homes Inc. 5515 Walcott Road, Paragould, AR 72450, or the charity of your choice.
VER MÁS VER MENOS