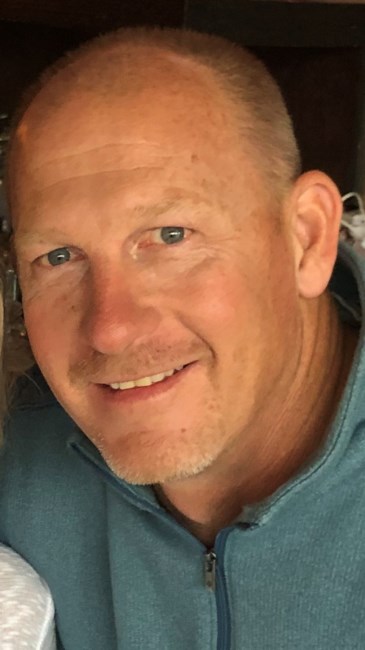 David Michael Relue, 53, passed away Friday, March 12, 2021. Born in Fort Wayne, IN on May 12, 1967, he was the son of the late Ralph W. Relue and Marilyn J. (Griebel) Relue. He graduated from Homestead High School in 1985. At Wabash College, he played football and was a member of Sigma Chi Fraternity, where he developed life-long friendships with men he now considers his brothers, to whom he is known as “Rels.” He graduated in 1989 with a Bachelor’s Degree in Economics. He married Rebecca Schaab, on July 7, 1990. He faithfully loved his wife in their 30+ years of marriage. They were best friends who loved to laugh and dance together. They raised three children. Some of his best memories with Caleb and Jack involved traveling together for soccer games and the quality time spent together in the car. As the boys grew into men, his sons also became his friends. In 2011, David and Rebecca followed the call of God in adopting Phoebe. He and Phoebe’s favorite memories together were at the annual father/daughter dances. He has been a managing partner of DeHayes Insurance since 2006. David loved hosting friends and family at their cottage on Crooked Lake. From serving his signature “bacon bombs” to pulling people behind the boat, his selflessness made all feel loved and welcomed. Dave will be remembered by many for his unfailing sense of humor and humility, his seemingly endless energy and generosity, and being the person family and friends could always count on. Dave balanced the values of humor and wisdom encompassed in his favorite quotes: e.g., “wisdom learned is less expensive than wisdom earned.” David was a man of steel wrapped in velvet; a consistent, reliable man of integrity clothed in compassion, humility and gentleness. He wore many hats, and he wore them well. Faithful husband, loving father, servant son, caring brother. His love and respect for both his father and his country shone brightly when he accompanied his father, Ralph, on the honor flight to Washington D.C. Even though he was the baby, he was more like a big brother in the way he cared for his sisters. He got his work ethic, humility and love for chocolate chip cookies from his dad, and his thoughtfulness and patience from his mom. David is survived by his three children: Caleb Michael, Jack David (Megan) and Phoebe Jean; three sisters: Julie (Brad) Borum, Josie (Jim) O’Donnell, Becki (Steve) Lentz; six nieces and eight nephews and a large extended family. David professed Jesus Christ as his Lord and Savior and has now met his Maker. Visitation will be Friday, March 19th from 11am-2pm at Pathway Community Church, 1010 Carroll Road, Fort Wayne, IN with the funeral service immediately following. The family sincerely requests that in lieu of flowers memorials be made to True Vine Adoption Ministries at Pathway Church, Honor Flight of Northeast Indiana or toward a Wabash College memorial scholarship fund to be established in David’s name. To attend virtually: www.pccfw.org then click on Church Online
VER MÁS VER MENOS