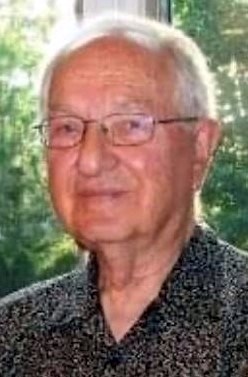 Dr. Marvin Eugene Priddy, 93, of Fort Wayne, Indiana, passed away on January 12, 2022. He was born on July 20, 1928, in Andrews, Indiana, the oldest son of the late H. Glen and Alice L (Burget) Priddy. He graduated from Indiana University Medical School in 1954, then proudly served his country as a Captain in the United States Air Force. Dr. Priddy was a family physician in Ft. Wayne for over 50 years delivering 3,800+ babies. For several decades he was the doctor for the Fort Wayne Komets and Northside High School. A pioneer in sports medicine, Dr. Priddy was instrumental in the NHL’s adoption of helmets for hockey players. In 1996, Marvin was awarded the honor of Sagamore of the Wabash by Governor Evan Bayh, as well as Doctor of The Year by the Indiana State Medical Association. He was a proud member of the Community Christian Reformed Church, American Medical Association, Indiana and Allen County Medical Associations, the Indiana Academy of Family Practice, the Ft. Wayne Rotary, the American Legion Post #46. Marvin and Vivian enjoyed traveling the world and had many wonderful stories. In a one of a kind love story he is survived by his wife of 71 years, Vivian E (Brubaker) Priddy; son, Mark Priddy, of Noblesville, IN; daughters, Lynn Priddy (Rick McGee) of Chicago, IL; Leah (Dan) Palmer of Fort Wayne, IN; and Deanne (Justin) Hunter of Frankfort, IN; brother William Priddy; grandchildren Alexander, Ian, Lauren, Amy, Kristen, Grant, Heather, and Isaac; and great grandchild Emma. He was also preceded in death by his sisters, Patricia VanMeter and Ellen Billerbeck. The funeral service will be 10:00 am Friday, January 21, 2022, at D.O. McComb and Sons Pine Valley Park Funeral Home, 1320 East Dupont Road, Fort Wayne, with calling one hour prior. Calling will also be held from 4 to 8 pm, Thursday, January 20, 2022, at the funeral home. The entombment will be in Lindenwood Cemetery, Fort Wayne. In lieu of flowers, memorial donations may be given to Fort Wayne Medical Education Program or Fort Wayne Rotary Foundation. Fond memories and expressions of sympathy may be shared with the Priddy family at www.mccombandsons.com
VER MÁS VER MENOS