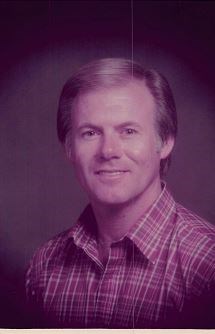 Lloyd Russell Woods, age 82, of McKinney, Texas passed away on October 24, 2021, from heart disease and Non-Hodgkin's Lymphoma. He was born on July 9, 1939 in Jasper Texas, the first son of six boys born to George Russell Woods and Geraldine Adams Woods.

Lloyd enlisted in the United States Navy in 1958 and was stationed in San Francisco, California, where he met his future wife of 62 years, Caryl White. When his tour of duty in the Navy ended, they moved back to Texas where Lloyd attended Lamar State College of Technology in Beaumont, Texas.

After graduation they moved to Garland, Texas and Lloyd began a 25-year career with E-Systems (now Raytheon). He retired in 1992 and continued to pursue his passion for black bass fishing.

Lloyd is survived by his wife; his son, Russell Paul Woods, and daughter-in-law, Teresa; his brother, Larry Bruce Woods and wife Cheryl; and brother Arthur Frank Woods and wife Rebecca; and many nieces and nephews and loving family and friends. He was preceded in death by his parents and three of his brothers - Lee Henry Woods, Billy Jack Woods, and Bobby Joe Woods.

Fond memories and expressions of sympathy may be shared at www.stonebriarfh.com for the Woods family.