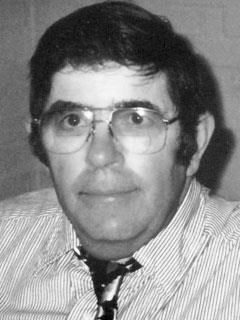 David R. Kellogg, age 81, peacefully graduated to heaven on August 22 at Fox Trail Senior Living in Front Royal, VA, after a battle with dementia and following a brief illness. Mr. Kellogg is the son of the late Charles and Lena Kellogg of Benson, Vermont. He is survived by a cousin John Dawson, a niece Lisa Kellogg, and a nephew Ted Kellogg. He is a veteran of 27 years in the US Navy. Upon honorable discharge from the Navy in 1981, Mr. Kellogg moved to Front Royal, Virginia, to work full-time at Fishnet Ministries, Inc. He served faithfully for 27 years as caretaker and came to be known as “Brother Dave” to the thousands of volunteer staffers for the Christian festival events and to the community. A cave on the Fishnet property was named “Brother Dave’s Cave” when Madison Cave Isopods were discovered there. Brother Dave was also active at Fishnet Christian Center where he served as a Deacon for several years, and at Fishnet Ministries Church. He was a member of Full Gospel Business Men’s Fellowship International. Pastor Larry and Bobbi Andes extend heartfelt thanks to Maureen Scofi eld who has been an integral part of Brother Dave’s eldercare and also to the entire team at Fox Trail, especially Betty Thompson. Also, thank you to the Veterans Administration Home Health team and New Century Hospice. An open invitation Worship Service and Celebration of Life with military honors will be held Sunday, October 1st at 4:00 pm with food and fellowship following. Location: Fishnet Ministries Church, 391 Fishnet Blvd, Front Royal, Virginia. Pastor Larry D. Andes will be officiating. Please send your special memories to fishnet@fishnetministries.org.
VER MÁS VER MENOS