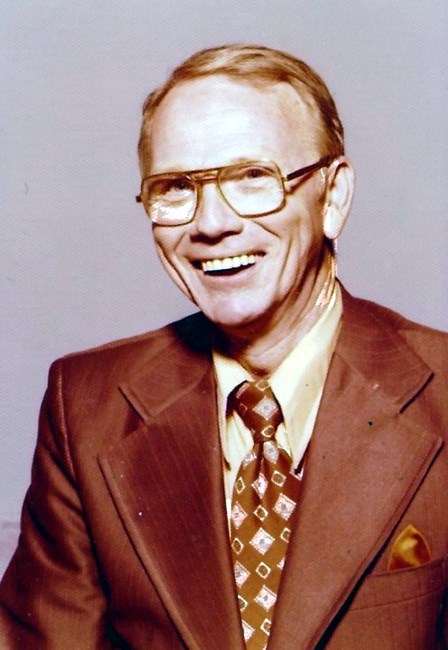 Vernon Franklin Salmon Sr., 92, passed away peacefully in his home at Glencroft Senior Living on January 19, 2020. Vernon was born on March 9, 1927, in Memphis, Tennessee to Gus Carrol Salmon and Mabel Elois Free. Vernon served in the United States Army between 1945 and 1947. He met his wife of 71 years, Doris Clara Robinson, at a dance class in Oakland, California in 1948. He had been offered a sales job in Oakland with National Life and Accident Insurance Company and recently moved there from Memphis. They married that year. In 1953, he joined the J C Penney Company after being persuaded by his Father-In-Law – a dedicated Company man. In 1965, Vernon was transferred to Phoenix, Arizona. In 1968, Vernon, along with his wife Doris and son Vernon Jr. moved to Prosser, Washington as store manager. In 1973, missing his grown daughters, he took an early retirement and moved back to Phoenix. After retirement, Vernon called Bingo at the Glendale Adult Center and was President of the Travel Club. He was President of the H.C.S.C., an organization of the retired associates of the J C Penney Company. He also called Bingo at the Glencroft Senior Living Community. He is survived by his wife Doris, sister Beverly Brooks, sister-in-law Mickie Salmon, children Judy O’Clair, Linda Christophel (Gerald), Vernon Salmon Jr. (Brenda), grandchildren Shelly Brewer, Robert Bovee, Kimberly Clark, Brandon Salmon, six great grandchildren, and three great great grandchildren. He was a member in good standing of the Scottish Rite of Freemasonry since the early 1960s. And, between 1974 and 1986, was a member of the Shriners. Viewing and graveside services will be held at 1 PM and 2 PM on Friday, January 31, 2020 at Resthaven Park Cemetery, 6450 W Northern Ave., Glendale, Arizona.
VER MÁS VER MENOS