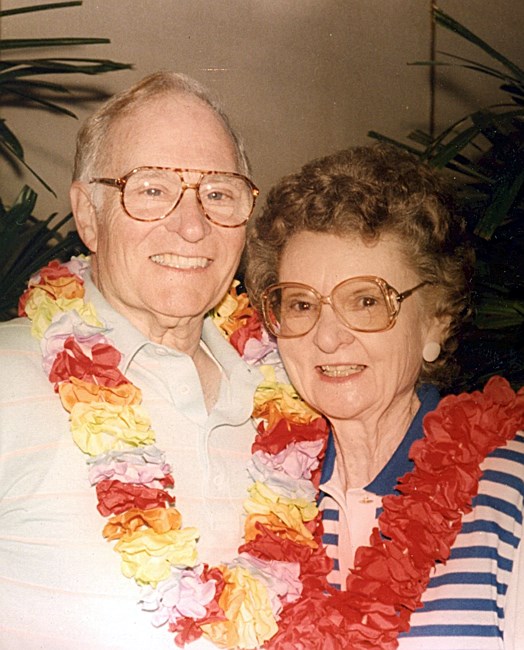 Aunt Opal died peacefully in her sleep on January 17, 2022, eighteen days before her birthday on February 4 and is now with her Lord and Savior that she accepted early in life. She is preceded in death by her parents, Johnnie & Linde Brinkley; sisters: Ava (Houston) Melton and Thelma (Robert) Innis; brothers: Onnie (Ollie) Brinkley and Hubert (Brooxie Nell) Brinkley; nephews: Elvis Melton, Leonard (Lavona) Brinkley and Virgil Hedgepath; niece Cassie (Weldon) Cooper; and her beloved husband, Roy Batson (2011). She is leaving her nephews: John (Terry) Innis, and Jim (Kerry) Innis; niece Barbara Melton; grandnephews: Ryan, Steve, Jaron, and Kevin Innis; and grandnieces: Kathy Howell, Karen Townsend, Sherri Innis, Anita Niemi, Jamie Livingston, Kayla Videtich, and Alaina Innis. Opal met her husband Roy at Temple Baptist Church in Detroit and were married there on September 16, 1953. She worked for different companies over the years, but mainly at Burrough’s Adding Machine Instrument Division in Detroit, and then also in Grand Rapids. She did have a gift of hospitality, and gave many a home away from home. Opal would say “It’s never too much work”. Her faith was strong. She and her husband were charter members of Northland Baptist Church. She had the privilege of being involved in Sunday school, secretary, office, other committees, and was in the choir for 34 years. She made an effort to be an example to others when she served as a deacon’s wife. Gardening was a passion to her. She was a member of the Grand Valley Dahlia Society for many years. She used them for decorations at church many times (she would say those beautiful flowers, man cannot make). She was also a member at Meijer Botanical Garden volunteering from the beginning as a docent; she had much information to pass on. It was a must for any traveling she did to be educational. Visitation for Opal will be held on Thursday January 20, 2022 from 10:00 a.m. to 12:00 p.m. at Reyers North Valley Chapel where a funeral service will immediately follow at 12:00 p.m. Private burial will be next to her husband in Fairplains Cemetery. She loved her family, and was “Aunt Opal” to many. So as she used to say “I know you have to go, so bye for now”.
VER MÁS VER MENOS