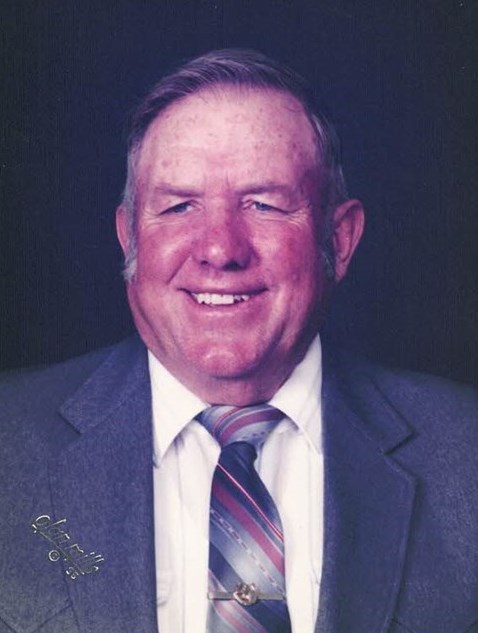 Raymond William Lohr, 87, of Greeley, Colorado, was born to Edwin and Margaret (Winters) Lohr at home on the family farm 2 miles East of Galeton, on May 27, 1935. Ray accepted the Lord at Gill Christian Church under Pastor Marlow Magnus. Ray attended school in Gill, Colorado where he graduated in 1953. He then went on to Arizona Bible Institute where he graduated in 1956. Ray and Dorthula met in Phoenix, Arizona while attending the Arizona Bible Institute. They were married on May 31, 1956, in Yuma, Arizona. They immediately left for Colorado where they have lived for 66 years together. Ray was a pastor at Gill Christian Church, New Raymer Evangelical Free Church and Sunnydale Evangelical Free Church for many years. They built their life together raising five children and eight foster children. Ray enjoyed working with cattle, bailing hay, and other duties while he preached. Ray was very involved in the community by attending sporting events and driving the school bus. Ray and Dorthula lived in Eastern Colorado for 19 years. They moved back to the Greeley area in 1979. He worked at various feedlots around the Gill and Galeton area until his health deteriorated. Together, they were very active at Triangle Cross Ranch by working there and having trail rides, with Jake and June, his beloved horses. In 1990, Ray and Dorthula bought their family farm where they live today. Ray and his family started the business of Country Johns in 2001 and it continues today with the help of his family. Ray is survived by his Wife Dorthula; his sons, Rodney (Darla) of Eaton; Roger of Craig; Mike (Nancy) of Gill; and his daughter Suzanne (Steve) Johnson of Colorado Springs. Eight foster children; Keith Drager; Kelly & Mike Sullivan; Vernon & Greg Brownell; Gloria Benevidez; Ron & Mike Rawson. Ray is Grandpa to 15 grandkids: Richard (Nicole) Lohr; Melissa (Ryan) Brethauer; Moria (Sean) Sappington; Darrius Lohr; Jumaal (Tiffany) Lohr; Rusty Lohr; Casseday (Lance) Marshall; Reid (Samantha) Lohr; Ross (Candace) Lohr; Jaylinn (Gavin) DeVries; LaTricia (Tom) Tolbert; Jeremiah (Leah) Johnson; Josiah (Heather) Johnson; Marissa Johnson; Jedaiah (Amber) Johnson. Ray is great grandpa to 32 grandchildren. Ray is preceded in death by his son, Robert Lohr; his daughter, Debra Rae Lohr; his grandson, Riley Dean Lohr; his parents, Edwin and Margaret Lohr; his brothers, Russel Lohr and Ralph Lohr; his sisters, Mae Cogburn; Fern Nelson and Evelyn Stencel. A memorial service will be held for Ray on Monday, October 3rd, at Kersey Community Church at 10:30 am, with a reception immediately following at the service at Kersey Memorial Church Building. The graveside service will be held at the Eaton Cemetery following the reception at 1:30 pm for those who wish to attend. Memorial donations may be made payable to the Kersey Community Church.
VER MÁS VER MENOS