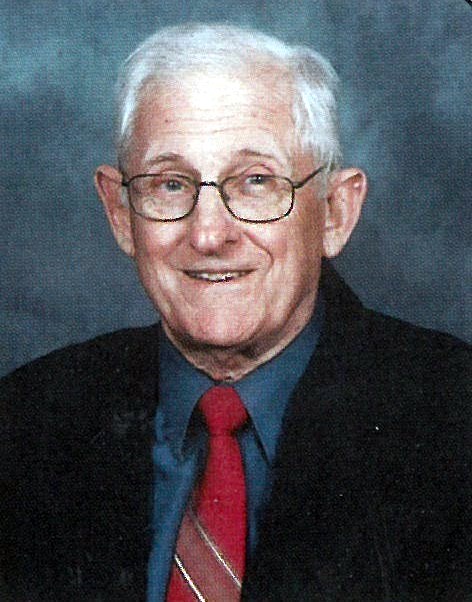 Kenneth Warren Smith, 97, went home to be with his Lord and Savior on Tuesday, November 16, 2021. Funeral services will be held at 11:00 am Saturday, November 20, 2021 at Mount Pisgah United Methodist Church in Greensboro. Mr. Smith will be laid to rest next to his wife in Guilford Memorial Park Cemetery. The family will receive friends one hour prior to the service from 10:00 until 11:00 am at the church. Born on October 20, 1924 in Selma, NC to the late Robert Junius Smith and Catherine Colista Williams Smith, Kenneth was a long-time member of Mount Pisgah United Methodist Church. He was very active in the Methodist Men, was a former trustee and was a member of the John Bennett Sunday School Class. Kenneth was a veteran of World War II serving in the United States Army Air Corp. He retired from Southern Bell after 45 years of employment. Kenneth was a prior member of the Civitans and the Telephone Pioneers. He had a passion for aviation, which he passed on to his daughters and enjoyed tinkering with all things mechanical. Kenneth earned his private pilot’s license and thoroughly enjoyed flying as a young man. He loved gardening and spent many hours in his yard. Kenneth was a loving and devoted husband, father, grandfather and loyal friend who was loved my many and will be missed by all who knew him. In addition to his parents, he was preceded in death by his wife of 40 years, Shirley Angel Smith. Those left to cherish his memory include his daughters, Jeanette Smith Webb and Angela Smith Butler; his grandsons, Caleb Laine Butler and Chance Kendell Webb; and other extended family and friends. Memorial contributions may be made to Mount Pisgah United Methodist Church, 2600 Pisgah Church Rd., Greensboro, NC 27455 or to AuthoraCare Collective, Hospice at Greensboro, 2500 Summit Ave., Greensboro, NC 27405. Online condolences may be made at www.haneslineberryfhsedgefield.com.