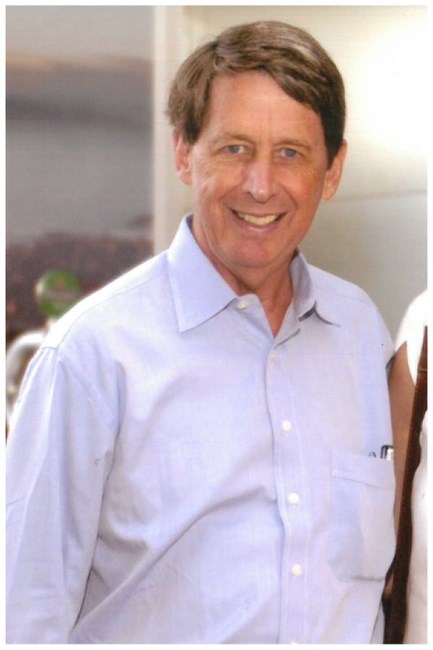 Born on October 9, 1942 to Thomas and Miriam Macomber Butler. He had an idyllic childhood, along with his sisters, Mary and Sister Sara Butler, a Roman Catholic nun. He attended St. Frances De Sales High School, graduated from the Georgetown University school of Foreign Service School and received a graduate degree from the University of Madrid. While at Georgetown he became a member of The Georgetown Chimes, where his beautiful baritone voice was featured on many songs and a lifetime of friendships were nurtured and maintained throughout his life. A long time member of St. Catherine of Siena Church, his religion played an important role in his life. He was the consummate gentleman, respectful and kind to all who crossed his path. He was a devoted, loving and generous husband, father, grandfather and friend. He had a long and fruitful career at American Express, holding many positions, including overseas assignments in Australia and Greece. Ken Chenault, the former CEO of American Express, wrote “he possessed the four C's of leadership, Competence, Courage, Caring and Commitment.” He made a difference in so many people's lives. He took a year off from his career to teach at Nativity Prep in New York City. He was given the Father Janus Award for exemplary dedication and served for many years as an active board member. His life was marked by the joy he had as a husband and father. He was incredibly proud of his daughters, Kate Casano and Maureen Anderson and their husbands, Christopher Casano and Eric Anderson. His grandchildren, C.J., Annie, and Perry Casano and Ellie Anderson were the great blessings of his later years. Pierce and Linda were married for 51 years and she considers the day they met, February 8,1969, as the luckiest day of her life. Together they made all their dreams come true. United always in love and with the highest moral compass, their lives will always be bound by the deep and everlasting love they shared We would like to thank our wonderful friends for their devotion and care as well as Fr. William Platt, his sister Sara Butler and the many dedicated caregivers, who spent his last months helping to care for him. A private funeral service will be held at St. Agatha’s Church in Milton, MA for immediate family members. You will be able to view it online by using the following link: https://vimeo.com/512616964 In lieu of flowers, please write the family notes with remembrances of Pierce in happier times. When the world is a better place, a Mass of celebration will be held at St. Catherine’s in Riverside, CT.