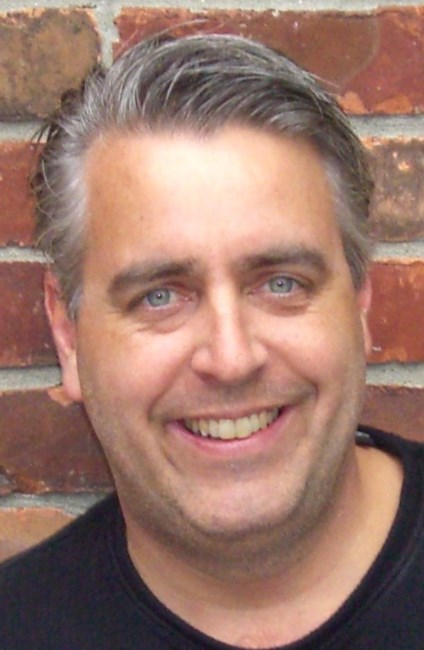 Andrew “Andy” Pflaum passed away peacefully on November 14, 2021 at the age of 57 after a valiant battle against glioblastoma the past year. Andy is survived by his wife, Sarah Clarkson, beloved children William and Madeline, his mother, Sherryl Benton, sister, Lorelle (Guy) Meadows, and many loving family members and friends. Andy was preceded in death by his father, Thomas Pflaum, stepfather, Walter Benton, and his cherished grandparents, Marvin and Madeline Walters.

Andy was a friend, confidante and mentor to so many and proud father to Will and Maddie. He was a funny, generous and loving man who enjoyed spending time with his family and friends, cooking, eating good food, quaffing a martini and glass of wine (or two), boating, classic cars, traveling, fixing pretty much anything that needed fixing and almost all aspects of life.

Andy graduated from Grosse Pointe North High School where he was co-captain of the varsity basketball team, earned his Bachelor of Science degree in Finance from Wayne State University and later obtained licensure as a general contractor both in Michigan and Florida.

Andy was a successful and well-respected commercial builder, having founded his own construction company, Apcor Construction and Development (Apcor), in 2013 which provides construction services to clients in Michigan and Florida, after serving in various superintendent and management roles for other construction companies throughout his adult life. Examples of his construction work include the Lavins Activity Center at Windmill Pointe Park, MJR Southgate Theater, the Hilltop Lodge at the Otsego Club, numerous National Coney Island and Bigalora Wood Fired Cucina restaurants in the greater metro-Detroit area, Ford Motor Company’s repurposing of the Lord and Taylor wing of Fairlane Town Center to office space, Apcor’s Michigan headquarters in St. Clair Shores and most recently Ethel’s Baking Co.’s new facility in Shelby Township.

Andy was involved in various charitable and community organizations and activities through the years, including serving on the Board of Directors and as an officer of Kids Without Cancer (formerly Leukemia, Research, Life, Inc.) and serving for many years as the Chair of the annual Bishop’s Dinner fundraiser in support of The Guest House in Lake Orion. Andy through his company Apcor spearheaded and funded the restoration of the platform tennis courts at the Grosse Pointe Woods Lakefront Park which had sat dormant for many years for lack of funding and contributed his services to reconstruct the concession building at Ghesquiere Park in Grosse Pointe Woods where Andy had played on many Little League teams in his youth and where his son Will (GPWSLL Baseball) and daughter Maddie (GPLL Softball) followed in his footsteps.

A Memorial Service will be held on Friday, November 26 at 11:00 a.m. at the Sanctuary Church (formerly The First Baptist Church of Birmingham), 300 Willits St., Birmingham, Michigan, and visitation at the Sanctuary will precede the Memorial Service the same day starting at 9:00 a.m. In lieu of flowers, memorial contributions to the Capuchin Soup Kitchen or Kids Without Cancer are appreciated.