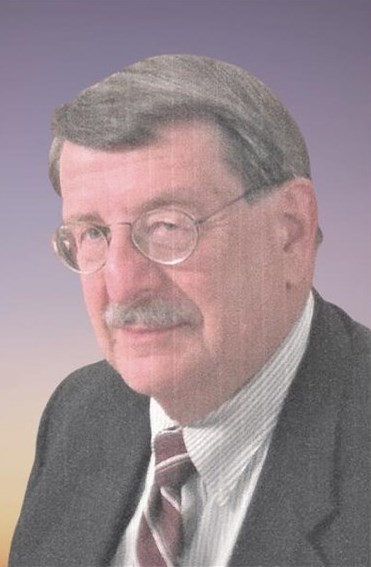 Henry William “Bill” Ellison Jr., age 82 of Grosse Pointe Woods, died Saturday, July 23, 2022, at Ascension St. John Hospital following a brief illness. He was born February 6, 1940, in Alliance, Ohio to Sarah Grace (née: Marsh) Ellison and Henry William Ellison. Even those who knew Bill well may not have known he was, in fact, Henry Williams Junior. He grew up in Corning, New York, and graduated from Corning Free Academy, where his Model T Ford was a common sight in the school parking lot as a “work in progress.” An alumnus of General Motors Institute, Bill began his career as an automotive engineer for the Pontiac Division of General Motors. He transferred to the GM Technical Center to work on early rear-facing infant car seats, which were tested on his children. Later, he worked for the Standards Division to convert GM parts and products to the metric system. He was awarded several patents during his tenure with General Motors. Following an early retirement, Bill traded his suit and tie for jeans and a plaid shirt and took on “Horolovar,” a business specializing in antique 400 day clock parts which he operated with his wife, Sue, for over 20 years. Bill’s interest in timepieces was diverse and exotic. Among his favorites were early electrical industrial clocks and tower clocks--surprising, since Bill never liked heights! Restoration projects on clocks at the Ford Museum and Greenfield Village were among his accomplishments. He loved to solve problems and never lost his fondness for antique cars. Bill is survived by his loving wife of over 54 years, Susan Kathryn Ellison; his daughter, Patricia Susan Ellison, MFA (and husband, Lloyd Eldred, PhD); his son Peter William Ellison (and wife, Margaret Deppe, PhD.); his grandchildren, William Hager Eldred and Marshall Charles Eldred; his sister, Mary Marsh Pika (Joseph Pika, PhD); and many nieces and nephews. A celebration of life will be held Saturday, September 10th from 1:00 PM to 4:00 PM at the A. H. Peter Funeral Home on 20705 Mack Ave, Grosse Pointe Woods, MI, 48236. The family requests no flowers. Please consider a donation to the American Clock and Watch Museum or The Willard House and Clock Museum instead.
VER MÁS VER MENOS