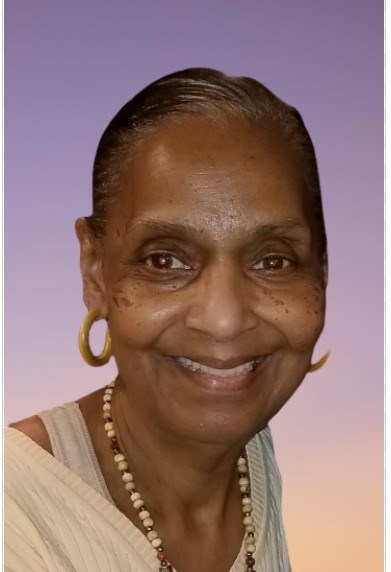 Marilyn Rosetta White was born October 11, 1952 at Pontiac General Hospital in Pontiac, Michigan, born to W.J. Quince and Betty Jane Quince. Marilyn was the baby of her family, coming fifth after siblings Ronnie, Joanne, Marvin, and Jennifer. On the morning of September 26, 2022, Marilyn slipped peacefully into the arms of her Lord, while being attended to at St John’s Hospital. She was surrounded by family and covered in prayers from near and far. She was 69 years old. Marilyn went through the Pontiac public school system, where she was a ‘straight-A’ student who loved to study and read. Marilyn loved playing with siblings and neighbors in the backyard of their home, often setting up a “campground” and eating cans of pork and beans. She also loved to play games, volleyball, and according to her sister, Marilyn was a master at 'Jacks'. In 1967 and 1968, Marilyn welcomed two of her greatest joys, her sons Stacey and Lawrence, Sr. Marilyn worked tirelessly to ensure that her sons never wanted for anything, despite the obstacles in her way as a young parent. In 1980, Marilyn married the love of her life, Robert. They were together for 48 years, being married for 42 of them. Marilyn and Robert always enjoyed fun times together, cooked many meals together, and were always each other’s backbone. Marilyn said “she wouldn’t trade Robert for anything in the world”. In 1982, Marilyn and Robert welcomed their only child together, her only daughter and her pride and joy, Shanay. Having a daughter, Marilyn had found her best friend in the world. Marilyn and ‘Punkin’ were inseparable. Marilyn instilled great values into her children like integrity, character and resilience. She made sure to always provide unconditional love and support to her three children. Marilyn had a long career of being a caregiver, working at various hospitals such as Oakland General, Sinai Hospital as well as residential homecare. Retiring after over 40 years of service, Marilyn took great pride in being a nurse, taking the utmost care of her patients, working diligently and being a bright light in others' darkest times. Later in life, Marilyn was upgraded to another important role: ‘Grannyma’, or Grandma. She loved being a grandmother and giving affectionate names to ‘Buddha’,’ Lil Man’, ‘Jayski’ and ‘Poo Poo’; later, she also became a great-grandmother to ‘JoJo’. She was a grandmother to many and always made sure everyone left her house with a full belly and a full heart. Marilyn had fought many courageous battles over the last five years including a victorious battle with Stage 4 Breast Cancer and open-heart surgery. She was a fighter and as fierce as they come. Marilyn grew deeper in her relationship with Jesus Christ and became a faithful member of One Touch Ministries. She has notebooks filled with good words and scriptures that resonated with her throughout her battles. Marilyn was vivacious, full of life and loved being around people. She talked about her family to friends, strangers and anyone with an ear. She was always proud and made sure you knew it. Marilyn lived a beautiful life: traveling on roadtrips with her son Stacey driving a 16-passenger van, dancing along to any music being played, cracking jokes with her best friend, Gladys and making many cherished memories with family, food, and fun. She emphasized to live life to the fullest and not hold grudges because “Life is Short and Time is a Thief”. She was preceded in death by her parents, W.J. Quince and Betty Jane Quince; siblings Ronnie Quince, Marvin Quince and Joanne Duncan; and her beloved dog, Chookie. Marilyn’s infectious laugh, fun-loving spirit and caring nature will continue to be remembered by all. She leaves behind a host of family and friends to cherish her memory including her loving husband, Robert White; sister, Jennifer Smith; children, Stacey Young and his wife, Earline; Lawrence Young, Sr. and his wife, Tamara; and Shanay White; grandchildren, Staci, Lawrence Jr, Justin, Aniya, and Kordell and Paris; one great-grandchild, Jordyn; and dog, Couture. She also leaves behind best friend Gladys; extended family of in-laws including Nora; extended grandkids Sydney, Shaniya, Allie, Jeff, and Courtney; “the homies”; friends that turned family; and everyone that Marilyn has affectionately mothered, grandmothered or cared for. Marilyn loved being around water. Water is beautiful, calming and boundless, just like Marilyn was. It is with this knowledge and her request that Marilyn’s ashes will be released in the waters of Hawaii, where Marilyn and Robert had their honeymoon over 40 years ago. A Visitation for Marilyn will be held Monday October 3, 2022 from 11AM-2PM, with a Funeral Service following at 2PM at A.H. Peters Funeral Home (20705 Mack Ave. Grosse Pointe Woods, MI 48236)
VER MÁS VER MENOS