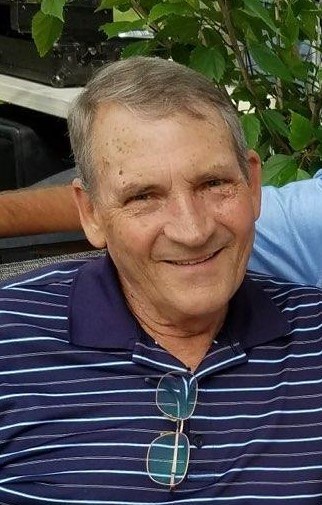 Thomas Julian Koesser, 74, peacefully passed away on Friday, September 23, 2022. He was born on December 27, 1947 to Richard and Jane (Jenkinson) Koesser in Waukegan, IL. Tom was a graduate of Waukegan Township High School and an alumnus of Western Illinois University. On August 17, 1968, he married his high school sweetheart, Susan Nystrom. They had three children, Kirsten, Ryan and Adam. Tom started his career as the owner of Pronto Signs in 1977 where he worked part time out of his garage. In 1988, they expanded to a storefront in Zion, IL and later moved to Waukegan, IL where he worked full time. He was always a good athlete and enjoyed bowling, golfing, and playing baseball and basketball. His love of sports continued when he had children and grandchildren where he coached or attended as many games as he could. Tom loved helping all of his children and grandchildren with any sport they were playing. He was always a comedian and cracked a joke whenever he could. He is survived by his wife of 54 years, Sue; children, Kirsten (Chris), Ryan (Jenny), and Adam (Lisa); grandchildren, Kyle Koesser, Allison (Joshua) Olson, Kade Koesser, Connor Lindley, Koby Koesser, Jackson Koesser, Adelyn Koesser and Deklan Koesser; great grandchild, Nova Koesser; and his brother, Richard (Maria) Koesser. In addition to his parents, he was preceded in death by his brother Robert Koesser. A visitation for Tom will start at 1:00 P.M. on Saturday, October 8, 2022 at Marsh Funeral Home with a memorial service to follow at 3:00 P.M. In lieu of flowers, memorial contributions may be made to American Cancer Society, 100 Tri State International, Lincolnshire, IL 60069, www.cancer.org Marsh Funeral Home 305 N. Cemetery Road Gurnee, IL 60031 847-336-0127
VER MÁS VER MENOS