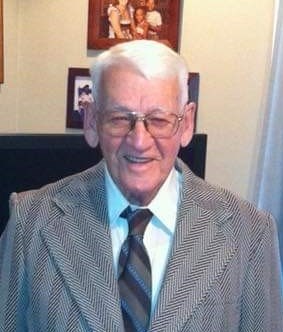 Harold Lee Loudenslager, 91, of Harrisburg, passed away Saturday, October 17, 2020 at UPMC Osteopathic Hospital. Born February 17, 1929 in Juniata County; he was the son of the late Wilber and Arletta M. (Miller) Loudenslager; and preceded in death by his wife, Janet Loudenslager; and 2 sons, David and Michael Loudenslager. He is survived by 2 grandchildren, Rachael Clifton and Austin Loudenslager and his wife, Mary Chapman; 2 great-grandsons, Nicholas Clifton and Samuel Clifton; sister, Keatha Dengler; and brother, Leon Loudenslager. Harold was a retired steel worker from Central Iron and Steel Co., Harrisburg, with over 40 years of service. He was a member of the Rutherford Lions Club and the Rutherford Fire Co. Harold was the unofficial mayor of Rutherford, he loved helping his neighbors, was an avid hunter, and a diehard Phillies fan. The family would like to thank Kelly Cleland and Stephanie Pugh for their outstanding support and companionship over many years. Graveside Service will be held at a later date. Online condolences maybe made at www.neilharrisburg.com
VER MÁS VER MENOS