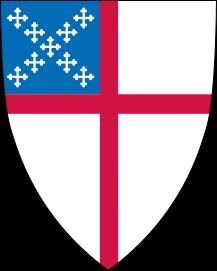 The Rev. John Frederick Glover, 81, of Grottoes passed away on Thursday, October 26, 2017 at Sentara-RMH Medical Center. He was born on August 31, 1936 in Charleston, WV, and was the son of the late Andrew and Opal Myers Glover. Fr. Glover graduated from Marshall University and went to seminary at Colgate Rochester Crozer Divinity School in Rochester, NY. He served in many churches, including those in Buchanan, WV, Weston, WV, Morgantown, WV and Austin, MN. He was Canon to the Ordinary Bishop Robert Atkinson, the Bishop of West Virginia. He was a canonical member of the diocese of Virginia. He had lived in the Harrisonburg area since 1989 where he served at Emmanuel Episcopal Church until he retired in 2001 after 55 years in ministry. During his retirement he was supply priest at the Church of Good Shepard in Folley Mills, VA. After retiring from priesthood, he drove the city bus for the City of Harrisonburg and continued to minister to his passengers on the bus. He was an avid golfer. On May 31, 1981 he married, Susan Beth Trimble Glover, who survives. He is also survived by two sons, Charles F. Glover and wife, Lisa, of Houston, TX, Bradley W. Glover of Ravenswood, WV; grandchildren, Shawn M. Glover, Katelyn A. Griffin and husband, Matthew, Brian A. Glover, Demi Beth Schindler and husband, Ben, Cody W. Glover, and Chloe Grace Glover; and a great-grandchild, Kaydan D. Griffin. Fr. Glover will be cremated and a memorial service will be held 1:00 pm, Wednesday, November 1, 2017 at Emmanuel Episcopal Church with Rev. Laura Minnich Lockey, Father Daniel Robayo, The Rt. Rev. David Jones, and Minister of Music, Dr. Richard McPherson. Memorial contributions may be sent to St. Stephen and the Good Shepherd P. O. Box 854, Elkton, VA 22827 or Church of Good Shepherd, 809 Lee Jackson Hwy., Folley Mills, VA 24401. Lindsey Funeral Home in Harrisonburg is handling arrangements and condolences may be sent to the family by visiting www.lindseyharrisonburg.com.
VER MÁS VER MENOS