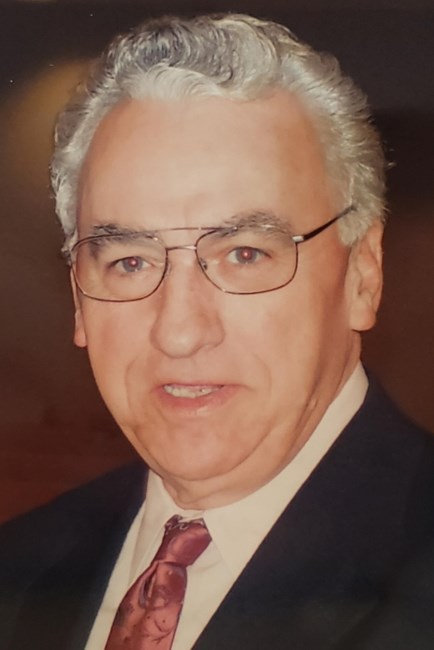 William Kenneth McFarland, age 78, of Fenton, passed away Monday, January 17, 2022, at his home. Left to cherish his memory are his three children: Denise (Tim) Johnson, Diana McFarland, and Jeffery (Jennifer) McFarland; his seven grandchildren: Michael Nash, Daniel Wagner, Alex Wagner, Christiana Wagner, Justin Johnson, Aeron Johnson, and Dalton Naylor; his great-grandson, Killian Nash; and his seven siblings: Zora, Geraldine, Glen, Gary, Pam, Renee, and Eilleen. Ken was born August 31, 1943, the son of Mr. & Mrs. Chalmer and Lucy (Morris) McFarland. Ken worked at Ford Motor Company for thirty-three years until his retirement in 1997. Ken and Winnie (Bennet) were married in August of 1991; sharing thirty-one wonderful years together until her passing on October 19, 2019. Ken was an avid outdoorsman at heart who enjoyed hunting, fishing, camping and wildlife in general. In his free time, Ken could be found watching one of his favorite old western films or television shows, like Jeopardy or Wheel of Fortune. Most of all, Ken loved to spend time with his family. He had fond memories of family road trips up north, and treasured the memories made at family gatherings over the years; never missing an opportunity to be close to the ones he loved. Ken was loved by many, friends and family alike, a list too long to include everyone. Ken was a wonderful man who will be greatly missed. Ken was preceded in death by his parents, Chalmer and Lucy; his grandson, Christian Alexander Nash; and his five siblings: Shirley, Mary, Les, Tony, and Lynn In accordance with Ken’s wishes, cremation will take place. A memorial gathering will be held on Sunday, January 23, 2022, from 11:00 am until 1:00 pm at the Highland Chapel of the Elton Black & Son Funeral Home, 3295 E. Highland Road, Highland, 48356. At 1:00 pm, there will be a short service followed by an opportunity for guests to share stories with Ken’s family during a Memory Sharing time. In lieu of flowers, those desiring may consider memorial contributions in Ken's name to the Howell Nature Center.
VER MÁS VER MENOS