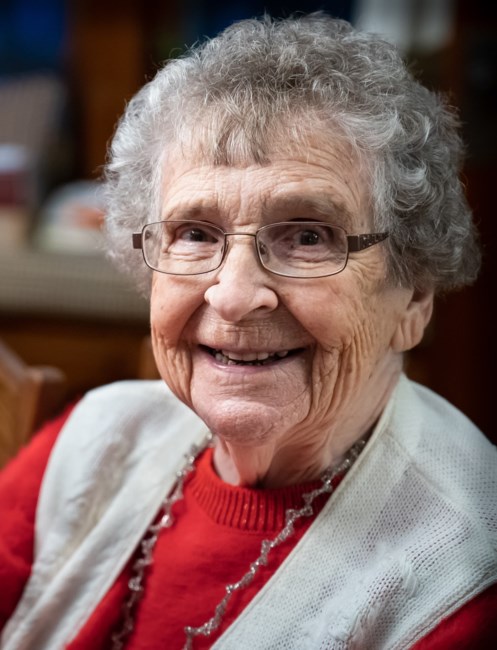 Ruth Ellen Marie Purnell, age 91, of Holland, MI Ruth Purnell was born in Oak Park, IL on Jan 31, 1930, to first-generation Swedish immigrants, Herbert and Ellen Wikstrom. An only child, Ruth nevertheless grew up content, part of the close-knit Swedish community that resided in the Chicago suburb of Maywood. Upon graduating high school, Ruth began working at Common Wealth Edison Electric Company, a job she enjoyed for almost two decades. Later in life, Ruth married the love of her life, Bernie Purnell, in 1966 and they settled in West Chicago, IL. They were blessed with two children and being a mother to Dave and Bette was Ruth’s greatest joy. Ruth was an avid gardener and many evenings found her and Bernie working in their yard. Ruth also loved to volunteer at her children’s schools, and at the First United Methodist Church. The Purnells followed their son to Holland, MI in 1997 and enjoyed their life there with good neighbors and their dog, Skippy. Ruth was known for her warm, welcoming spirit, and charming smile. She was quick to laugh and had a gift for making others feel cared for. She will be remembered by many as one of the sweetest people they had the pleasure of knowing. In Holland, Ruth was a member of First Reformed Church, and for many years, an active volunteer at Evergreen Commons Senior Center. She is survived by: her children, David (Becky) Purnell of Zeeland, MI and Bette Fitzgerald of Maggie Valley, NC; and grandchildren, Anna Kremer, Ellyn Purnell, Sean Fitzgerald, and Erik Fitzgerald. Ruth was preceded in death by: her husband, Bernie Purnell, in 1999. A private service will be held at Zeeland Cemetery on Saturday, Feb 12, at 11AM, followed by a time of remembrance at Faith Reformed Church in Zeeland.
VER MÁS VER MENOS