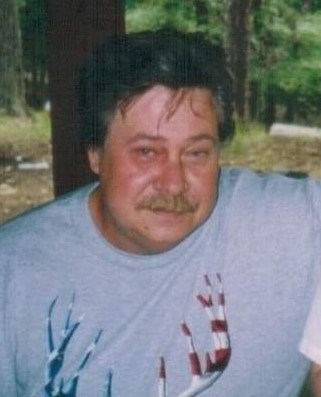 James Wayne Geurin, age 71, went to heaven to be with his wife of 52 years, Peggy Geurin. He was born to Vergie and George Geurin on February 12, 1951. They both preceded him in death. He was also preceded in death by his son-in-law Kevin Smith, whom he loved as a son; his great grandson, Elijah Jackson; three sisters, Shirley Crow, Rose (Tootsie) Morrison and Barbara Geurin; and brother, Edward Geurin. Our father was an amazing man who proudly served his country in the United States Air Force. He was the best father anyone could ask for. God blessed us with the most caring and loving parents. Wayne is survived by two daughters, Terry Sorter (Larry) and Trina Smith; three grandchildren, Whitney Williams (Ben), Taylor Williams and Christopher Smith; seven great grandchildren and one in Heaven; three sisters, Deborah Rainwater (Darrell), Sandy Evans (Darrell) and Pam Campbell (Donald Joe); and brother, Paul Geurin. He will be missed. May God have mercy on us as we learn to live without him. We miss you daddy! Visitation will be 6:00-8:00pm Thursday, May 12, 2022 at Gross Funeral Home. A Celebration of Wayne’s life will be 10:00am Friday, May 13, 2022 at Gross Funeral Home with Pastor Josh Harper officiating. Pallbearers include Ronnie Ross, Christopher Smith, Allen “Jack” Geurin, Larry Freet, Robert Summerville and Mike Davis. Honorary pallbearers are Dr. Kota and Stephanie.
VER MÁS VER MENOS