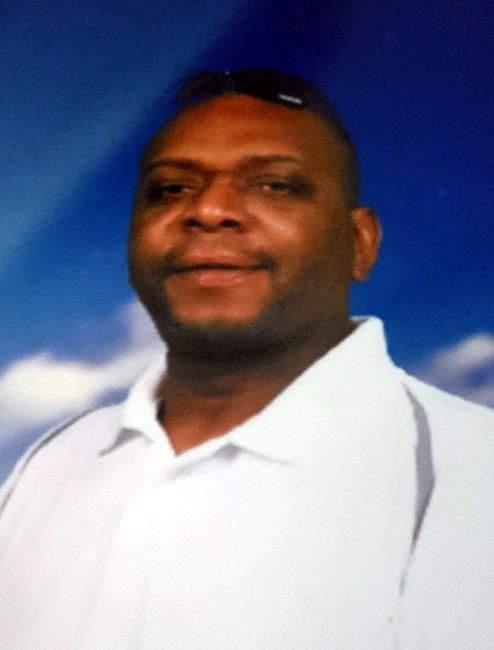 On Wednesday, September 14th, an Angel of the Lord stopped by the hospital room of Mr. Dennis Gibson and summoned him home. Dennis was born on February 4th, 1971 to Ms. Mary A. Gibson and Mr. Louis Higgins. At an early age Dennis accepted Christ at Liberty Hill Baptist Church in Monroe, Louisiana. He was raised in the loving home of his grandmother, Mrs. Bobbie Jean Gibson and his aunts and uncles who were life his brothers and sisters. In 1994 he moved to Houston, Texas to live with his aunt/sister Ms. Anita F. Oliver and her three children Marquise, Sharice, and Kawanza Oliver whom he helped raise. He also had a hand in raising his cousin Elmon Oliver as his son. He then met the love of his live Ms. Deonna Wiggins in 1996. They later married and to this union four children were born: two sons Dennis (DJ) and Devion Gibson (who preceded him in death), and two daughters Dashona and Denesia Gibson. Denis found a new love names Mogas Industries where he worked for over twenty years as a Lab Tech Supervisor. He was a hard working, gentle giant who would give you the shirt off his back, but he didn't take any mess from anybody. Dennis had a love for football, his team was the Pittsburg Steelers...he would miss work for that team. Let's not forget he enjoyed playing dominoes with anyone that thought they were better than him, he would get mad and tell everybody that they were cheating if he was loosing and because of that the name "UNCLE SELLOUT" was handed to him thanks to his niece Laneshia. He was such a comedian, he kept his family and friends laughing at the things he would say. Dennis was a family man and loved all his children but he shared a special bond with his baby girl Denesia. Dennis Gibson is preceded in death by his son Devion Gibson, grandmother Mrs. Bobbie jean Gibson, grandfather Mr. James Gibson, nephew De'Vonterious Gibson, aunts Mada Marie Gibson and Sarah (Cookie) Sims, uncles Robert Gibson, Donald (Duck) Gibson, sister Angela Brooks, brother's Louis and Jarvis Brooks, cousin's Marquise, Shameta and Maurice Oliver. Finally, I am now with my son, grand parents, sister, brothers, aunts, uncles, and cousins who all went to glory before me. My life as a husband, father, son, brother, nephew, uncle, cousin, and friend has passed. I am not reaping the fruits of my labour, where I will rest peacefully and receive my crown of eternal life. I love ya'll!
VER MÁS VER MENOS