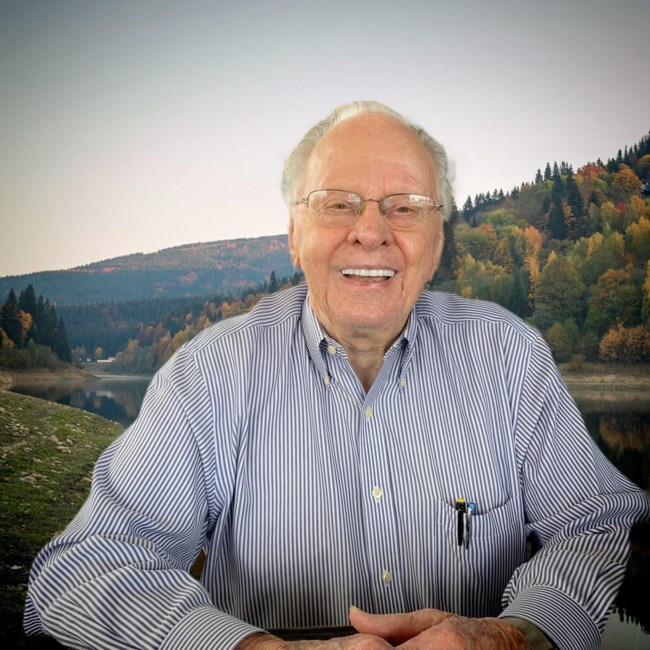 Gerald Arthur Clark, “Gerry”, passed away at 91 in his home on Tuesday, January 18th, 2022. Born in Kingsville, Texas the son of William Strather (W.S.) Clark and Virgie Everett Clark. He was the youngest of 5 brothers, Floyd, Patrick, Robert, and Harold. Gerry was known for his clever sense of humor, upbeat positive nature, and for being a gentleman. After graduating from Reagan High School in the Houston Heights in 1949, he attended the University of Houston. After college, Gerry went into the automotive business and met the love of his life, Annie Beatrice Ramey, “Bea”, whom he married in 1954. Gerry and Bea were married 65 years. In the 1960’s, Gerry and Bea opened their first restaurant, Youngblood’s, and eventually changed its name to Aunt Bea’s Home Cooking. They then purchased several Sweden House restaurants across South Texas including one in Town & Country Village in West Houston. Eventually Gerry opened an automotive business that he continued well into his 80’s. Gerry was a 50+ year member of Tallowood Baptist Church and a deacon for many years. He enjoyed teaching Bible Study at their married Sunday School class and attending Bible Study Fellowship regularly. An avid sportsman, Gerry’s favorite hobbies were hunting, fishing, gardening, and entertaining family and friends. He particularly loved fishing Galveston Bay in his boat and staying up late fishing on the dock of his bay home with family and friends. Gerry was preceded in death by his wife Bea Clark. He is survived by 3 children, Rusty Clark and wife Peggy Bush Clark, Kelli Clark Smith and husband Larry Smith, Suzie Clark Austin and husband Steve Austin, 8 grandchildren, 6 great grandchildren, and many nieces, nephews and friends. The family will receive friends and family for a Visitation on Tuesday, January 25th, 2022 from 6-8pm at Memorial Oaks Funeral Home and a Celebration of Life Service will be held on Wednesday January 26th, 2022 in the Chapel at Memorial Oaks Funeral Home located at 13001 Katy Freeway, Houston, Tx 77079 with Pastor Duane Brooks of Tallowood Baptist Church officiating.
VER MÁS VER MENOS