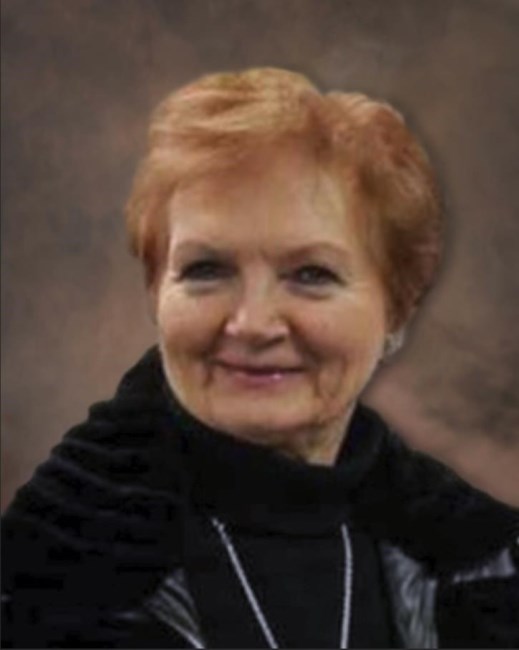 To Honor and Celebrate the Life of Margaret Gwendolyn Lloyd March 22, 1943 – January 7, 2022 Margaret Gwendolyn Lloyd went to be with her precious Lord and loving Savior on Friday, January 7, 2022. She was born in the Spring of 1943 on the 22nd of March in Arkadelphia, Arkansas, to Rev. Meldon S. Lloyd and Margaret Marie Castleberry Lloyd, while they were students at Ouachita Baptist College. Margaret’s love for the church and her heart for missions were developed early in her life by her parents as her father served in several small Baptist churches in Arkansas and as Associational Missionary in Southeastern Missouri. Being a typical preacher’s kid, Margaret was often known to be mischievous. One particular Sunday when the Lord’s Supper had been served, Margaret and her cousin Judy were playing in the church yard. They decided to enter the church and finish eating the leftover Lord’s Supper elements. Margaret also enjoyed playing “Missionary and Heathen” instead of playing with dolls. Cousin Sandra was always the “Heathen” and Margaret, the “Missionary,” would always convert the “Heathen” and then baptize Sandra. Margaret would NEVER let Sandra be the ”Missionary.” In 1955 Margaret’s family moved to Hayti, Missouri, where her father was the Associational Missionary. She spent her junior and senior high school years there where she made many lifelong friends. Margaret participated in many different high school activities, including Future Homemakers’ of America, receiving the “Girl of the Year’ Award in 1959; Pep Club; Thespians; Student Council; Yearbook Staff; and the Senior Play. In 1961 the Hayti High School Football Team voted Margaret their Football Queen. The student body was thrilled at their choice. Margaret’s Senior Quote was “To make friends, be one.” In 1961 Margaret enrolled in Mississippi College, the second oldest Baptist college in the United States. She was involved with the Baptist Student Union and several other clubs on campus. She graduated in 1965 with a degree in Elementary Education. Having stayed connected with her 3 college suitemates since graduation, they all attended their 50th year reunion in 2015. Following graduation Margaret taught elementary school for one year in Meridian, Mississippi, and one year in California. In 1967 she enrolled at Southwestern Baptist Theological Seminary where she graduated with a degree in Christian Education in 1970. She moved to Houston and began her teaching career at Royalwood Elementary in the Sheldon School District. She taught Kindergarten there until her retirement. In 1970 Margaret joined First Baptist Church, Houston, where she became a faithful member of the Singles’ Ministry and Choir Ministry, attending many retreats and choir mission trips and participating in countless Pageants and Celebrations. She was always eager to learn, eager to pray, eager to serve, and eager to go. Experiencing God was her all-time favorite Bible study. It was her heartbeat, and she did this study on her own countless times. Margaret served on her church’s Intercessory Prayer Team, the Prayer Team for Pray the Word Ministries, and was a faithful Prayer Warrior for all. She facilitated Women’s Bible Studies, was a devoted Host to many international students, and participated in numerous mission trips to Latvia. In 1997 Margaret took her international college student to the Billy Graham Crusade in San Antonio to hear the plan of salvation from the very best. She went 3 times to The Cove in the Blue Ridge Mountains, sitting under some of the best Bible teachers. She also spent a lot of weekends at Round Top Retreat with various groups. Margaret was an active member of the Dayspring Life Bible Study class and served as their Social Director, always knowing the best “must-see” movies, the best places to go, and the best places to eat (Taste of Texas, of course). She also enjoyed the Houston art scene and was a frequent patron of the Houston Ballet and served many years as an usher at the Hobby Center and the A.D. Players. Those of us who knew her loved her deeply; she always pointed us to the Savior. In August of 2021, Margaret gave a friend’s daughter a note sharing two of her favorite verses and wrote these words in her note: “These two verses are tested, tried, and proven true each time I have encountered trials and testing. They have become my confidence in my Savior and faith builders as I spread my dilemmas before Him.” Psalm 32:8 – “I will instruct you and teach you in the way you should go; I will counsel you with my loving eye on you.” Isaiah 41:10 – “So do not fear, I am with you; do not be dismayed, for I am your God. I will strengthen you and help you; I will uphold you with my righteous right hand.” Funeral Services will be at 11am on January 26, 2022 in the Sanctuary of Houston’s First Baptist Church 7401 Katy Fwy, Houston, Texas 77024. Graveside services will commence at Greene County Memorial Garden Cemetery in Arkansas on January 29th at 1PM. In lieu of flowers, donations may be made to Houston’s First Baptist Church or to Pray the Word Ministries.
VER MÁS VER MENOS