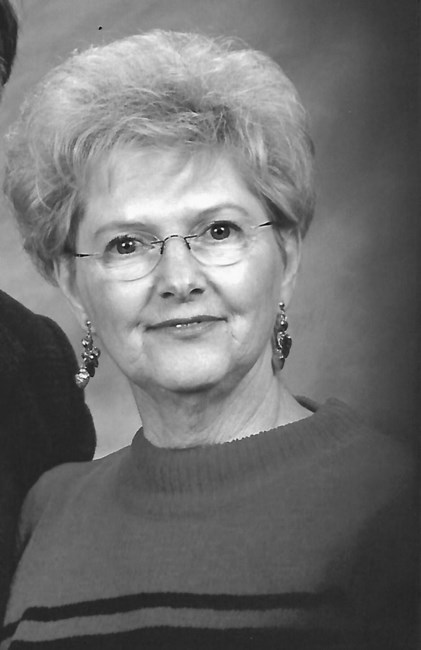 On October 12th, 2018, Heaven welcomed Carma Anderson Bare, loving wife of Rance Bare. Carma, the third of five children, was born in Santa Monica California to Ray L and Geneve Anderson. Carma moved to Idaho Falls at age seven, graduating from Bonneville High School in 1961. She married Rance on June 24, 1961 and was the loving mother of four children. She is survived by Todd Bare (Lori Bare), Murfreesboro, TN; Michelle Williams (Lawrence Williams), Idaho Falls, ID; Hydie Miller (Toni Miller) San Diego, CA; Robin Barnum (Tim Barnum) McGrath, AK. She is also survived by two older brothers, Lenis and Lyle; two younger sisters, Martha and Sue; 14 grandchildren and nine great grandchildren. In the early years of her marriage she was a dedicated home maker and spent her free time developing her artistic talents. Such skills included tole and oil painting, which led to her love of creating porcelain dolls and antiquing. She loved to travel and was able to experience most of the United States throughout her life. She earned her PHT degree in 1963 from Utah State University while supporting her husband’s educational endeavors. Later in life she held a number of jobs including working as a lab technician for the Idaho Crop Improvement Association’s potato lab. As an active member of the Church of the Nazarene she contributed to various ministries including children, teen, missions to the Navajo Nation, and most notably an award winning traveling puppet outreach team. In 2002 she suffered a debilitating stroke which limited her ability to carry on with some of the hobbies that she loved. Despite this, she did not let her physical condition interfere with her unique sense of whit and humor. She remained active and enjoyed visiting her children and grandchildren throughout the country until 2012 when her health deteriorated. On September 23, 2018 she suffered a second major stroke of which she was not able to recover. On October 5th she returned home under the watchful care of One Source Hospice, whom we give our utmost gratitude. On October 12th, 2018 Carma Bare passed away peacefully at home with her loving family by her side. She is preceded in death by her grandchild Cody Barnum, her parents Ray L and Geneve Anderson, and in-laws Harper and June Bare. Her family would like to give special thanks to Stephanie Kearney for her loving care and friendship over the past six years as her home health nurse. Special thanks also go to TJ and Cara for their various physical therapy efforts over the years. Viewings will be held on Tuesday October 16th, 2018 from 7:00pm - 8:30pm at Buck - Miller - Hann and prior to funeral services. A celebration of life service will be held on Wednesday October 17th, 2018 at CrossPoint Community Church at 11:00 am; 1900 Grandview drive in Idaho Falls, Idaho. Graveside service to follow. In lieu of flowers, donations can be given to Operation Smile or St. Jude Children's Research Hospital.
VER MÁS VER MENOS