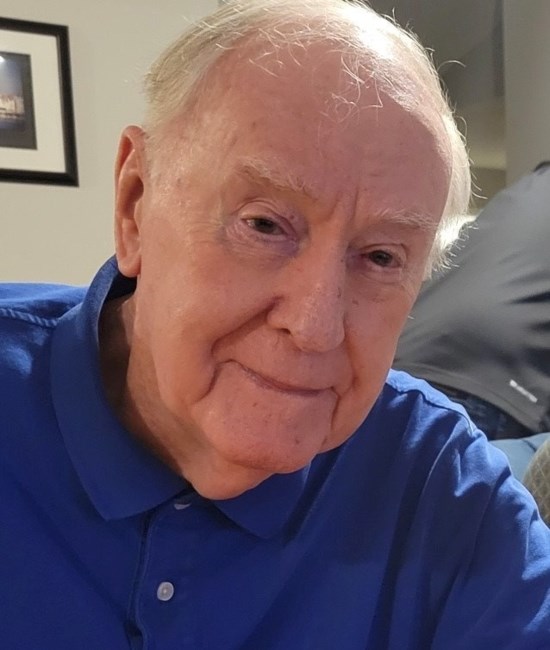 John "Jack" Francis Sullivan, age 94 passed away on Thursday, July 28, 2022. Jack was born March 30, 1928 in Indianapolis, Indiana to the late Catherine A. (Tuohy) Sullivan and Daniel J. Sullivan. He is also preceded in death by his wife, Phyllis (Greve) Sullivan and sisters, Mary A. Sullivan and Katherine T. Sullivan. Jack attended St. Philip Neri and graduated from Cathedral High School before earning his Bachelor Degree at Xavier University. He served in the US Army and was a member of the American Legion. Jack was also a member of the Knights of Columbus and Optimist Club. He attended Holy Spirit Catholic Church and worked in real estate as an appraiser and broker including 17 years with HUD. Jack was an avid golfer and enjoyed playing tennis and spending the winter in Florida. Jack is survived by his many nieces and nephews and bonus family members. Visitation will be held Saturday, August 13, 2022 from 9:00 AM to 10:00 AM at Holy Spirit Catholic Church, 7243 E 10th St, Indianapolis, Indiana 46219, followed by a Mass of Christian burial at 10:00 AM. Jack will be laid to rest in Calvary Catholic Cemetery, Indianapolis, Indiana. In lieu of flowers, contributions in Jack's memory may be made to Alzheimer's Association, 50 91st St #100, Indianapolis, Indiana 46240, alz.org. Fond memories and expressions of sympathy may be shared at www.feeneyhornakshadeland.com for the Sullivan family.
VER MÁS VER MENOS