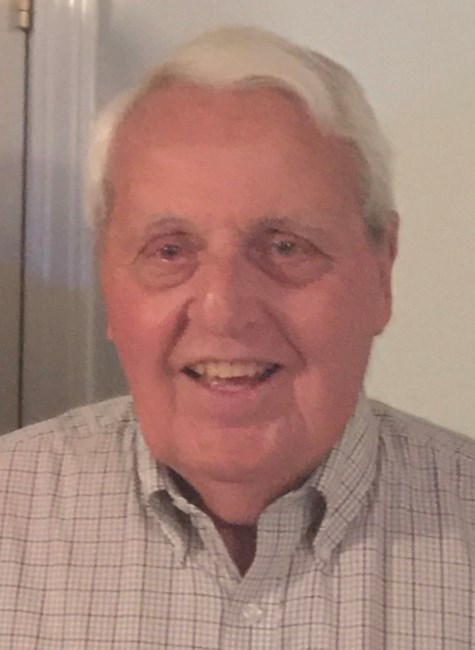 William Samuel Cole, passed away on Wednesday morning, July 27th in his hometown of Indianapolis. Sam was born in Indianapolis to parents Alva & Ruth Cole on Tuesday, June 30, 1936. He went to Broad Ripple High, class of 1955. He joined the National Guard then married Patty Brandenburg on August 3rd, 1956 and was drafted into the United States Army in 1959, where he parlayed his experience operating heavy equipment as a civilian into being the driver of his tank crew. He was lucky. His only deployment overseas to Europe, in Germany, where Patty was eventually able to accompany him for a good portion of his stay. Sam worked with his father, Alva, on various construction sites since he was a young man and after he was honorably discharged from the Army in 1962 he became a proud member of the Operating Engineers Local 103 of Indianapolis, where he worked for numerous companies on several high-profile projects in the Indianapolis area, as well throughout the state of Indiana. He retired as an Operator in 2000 after 47 years. Following in his brother Robert’s footsteps, he was a member and Past Master of the Noblesville Masonic Lodge #57, F&AM. Sam enjoyed several weekends with friends during hunting seasons, as well his love of being active with sports. He regularly played basketball with friends before he reached that time in his life when he realized he wasn’t 27 any longer, which occurred well past that age. He was in baseball and bowling leagues for several years and coached youth basketball at First Baptist Church on the north side, where he also attended his son’s various sporting activities and events, as well a member. For several years he also enjoyed square dancing with Patty. Sam was very close with both family and friends, here at home and in Florida, where he enjoyed visiting yearly for impromptu reunions where he challenged all who would accept in a game of dominos, until his health began to decline in 2012. Sam especially enjoyed Patty’s high school reunions and made lifelong friendships, with whom they met regularly throughout the years until as recent as just a few weeks ago. Sam was a loving husband, dedicated father and great friend. He is predeceased by sisters Barbara and Joan, grandson Tyler and brother Robert. He is survived by his wife Patty (Brandenburg), children Brad & Amy (Garrison), grandchildren Andrew (Shaw), Sarah (Singh), great grandchild Jayce and many cousins, nieces & nephews. Gathering of friends from 3:30pm to 5:30pm & Celebration of life at 5:30 on Friday, August 5th, 2022 at Crown Hill Funeral Home, located at 700 W 38th Street, Indianapolis, IN 46208, phone is (317) 925-3800. Fond memories and expressions of sympathy may be shared at www.crownhill.org for the Cole family.
VER MÁS VER MENOS