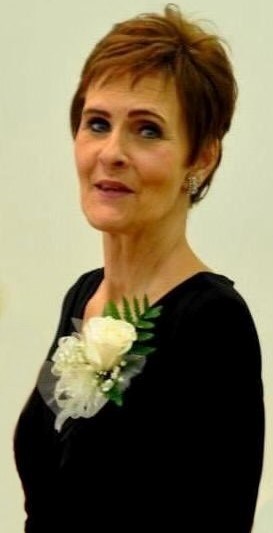 Deborah Ann Henry, age 67, of Johnson City, Tennessee, passed away on Tuesday, August 30, 2022 at her residence. She was born in Johnson City, Tennessee, a daughter of the late Carl Wilbur Wilkinson and Dimple Wilkinson. In addition to her parents, she was preceded in death by one sister, Nancy; her father and mother-in-law, Eddie Henry Jr. and Wilma Henry; sister-in-law, Marty Henry; and her beloved dog, Sally. Deborah was a member of St. Mary’s Catholic Church. She loved her family and spending time with her grandkids. She enjoyed gardening and her grand dog. She is survived by her partner, Bradley Henry; four children, Joshua Henry, Martin Henry, Ashley Henry and Ashlee Wilkinson and husband Nathan; two grandchildren, Nash and Tatum Wilkinson; two sister-in-laws, Caroline Henry and Shirley Henry; two brother-in-laws, Eddie Henry III and Gary Henry; her grand dog, Moe. A Private Committal Service and Interment will be held in the Garden of the Cross at Monte Vista Memorial Park with Rev. Paul Helphinstine and Pastor Gary Arner officiating. The family would like to extend a special thanks to the all the Doctors and Nurses for all their love and care that was shown. In lieu of flowers, memorial contributions may be sent to the Washington County Animal Shelter, 3411 N Roan Street, Johnson City, TN 37601. Arrangements especially for Ms. Deborah Ann Henry and her family have been made through Monte Vista Funeral Home & Memorial Park, 1900 E. Oakland Avenue, Johnson City, TN; 423-282-2631.
VER MÁS VER MENOS