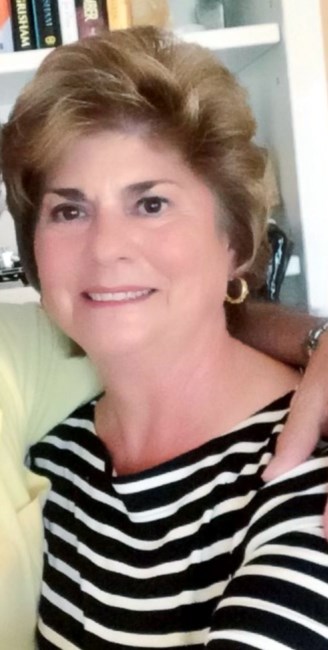 Elizabeth (Liz) Ann DiBlasio, 73, of Palm Beach Gardens, FL, and formerly of Closter, NJ, died peacefully of a broken heart on October 2, 2022. For 50 years, Liz was the beloved wife of Frank who preceded her home to God by four months. Liz was born in Mount Vernon, NY, to Joseph Anthony Arpino and Elba Adeline Chiucchini and her older sister Rita Arpino Heckler who have all preceded her in death. Liz is survived by her cousin Christine Bischoff, cousin and Goddaughter Melissa Bischoff Mazzella (husband Anthony and children Nicolas and Alex), and cousin Michael Bischoff (wife Janna Scarola and children Elizabeth, Grace, and Charlotte). Following high school graduation from Pascack Valley Highschool in Hillsdale, NJ, in 1969, Liz went straight to work at Chase Manhattan Bank, then known as Chemical Bank. During her tenure, the bank experienced several mergers with Manufacturers Trust, Texas Commerce Bank, Chase Manhattan Bank, and JP Morgan Bank. The new conglomerate eventually became known as JP MORGAN CHASE and is now the largest commercial bank in the US. Against all odds at the time, Liz rose through the ranks to become a Vice President managing the largest branch in New Jersey. Under Liz, the Paramus branch was consistently used as a benchmark for business and hiring practices throughout the company. Liz had a unique gift, known throughout the bank, of hiring and training outstanding employees who were often “poached” by other departments and branches. Professionally, Liz was recognized as a trusted and respected leader in banking in northern New Jersey and the JP Morgan organization. Personally, Liz dedicated herself to her community and was the recipient of prestigious awards for her leadership and involvement. After 30+ years as an accomplished business woman and servant leader in her community, Liz and Frank pursued their life-long dream of retirement and moved to Palm Beach Gardens, FL. With the same drive and passion Liz applied to her career, she jumped head first into retirement. With Frank always by her side, the couple quickly became a fixture in their Evergrene community. Liz took up golf and was a member at PGA National and Eastpointe Country Club. Liz played mahjong, enjoyed great food and great restaurants, volunteered in many ways, joined a corvette club, traveled as much as possible, and remained devoted to her Catholic faith and church community. With many friendships that spanned decades, Liz was a true friend–she was always willing to give her time, talents, and loving attention to everyone and anyone. Despite an inspiring career and many great retired years, Liz’s greatest accomplishment was her 50-year marriage to Frank. Introduced by dear friends at a party that “Liz did not want to attend,” the two never separated after that night. Liz and Frank married on September 24, 1972. In life, and death, Liz and Frank always chose each other. Their love, mutual respect, and devotion was an inspiration to all of their family and friends. Lizabeth, as Frank lovingly called her, proved this again over the last four years as she took on the role of caregiver to Frank. With the utmost grace and compassion, Liz never wavered in her care of Frank. By following him to Heaven in less than 4 months, Liz demonstrated, yet again, that nothing in life was more important to her than her beloved Frankie. Friends and family are invited to celebrate Liz on Saturday, October 8, 2002, at 11:00 AM. A funeral mass will be held at St. Patrick Catholic Church,13591 Prosperity Farms Road, Palm Beach Gardens, Florida. Lunch will follow. In lieu of flowers, please consider a donation in Liz’s name to TrustBridge Hospice Foundation, a not-for-profit located at 5300 East Avenue, West Palm Beach, FL 33407.
VER MÁS VER MENOS