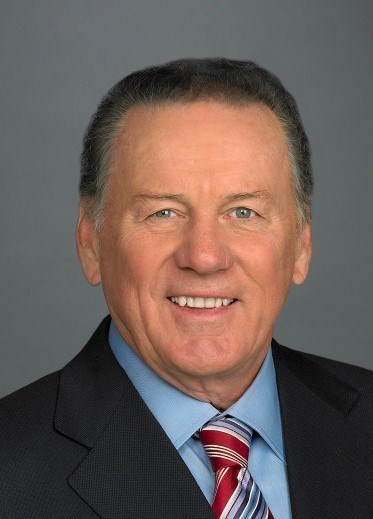 To those who knew him, Leonard (Len) Dawson was a quiet but caring husband, father, brother, uncle, and friend. To sportscasters he was known as “Lenny the Cool” and to millions of others, he was a sports legend who brought great pride to Kansas City as the quarterback of the Kansas City Chiefs from 1962 - 1975. He died peacefully on August 24th in Kansas City. Survived by his wife Linda; daughter Lisa Dawson, son Leonard and wife Jean Dawson; sisters, Elizabeth Reda and Patricia Kocsis as well as many nephews and nieces. Dawson was born in Alliance, Ohio to James and Annie Dawson. One of eleven children, he was proud to be “the seventh son of a seventh son” and believed that this contributed to his good fortune. Dawson was an outstanding athlete. He graduated in 1953 from Alliance High school and lettered in baseball, football, and basketball. He was recruited to play football for several colleges, but chose Purdue to play for an assistant coach named Hank Stram. During his time at Purdue, Len pledged ATO, led the Big Ten Conference in passing yardage and played defense as well as serving as the team’s kicker. He was named All Big-Ten quarterback in each of his three varsity years. The close relationship he forged with Coach Stram foreshadowed their reunion and success years later. He was drafted in the first round by the Pittsburgh Steelers (5th overall pick), then traded to the Cleveland Browns. After 5 years he saw limited playing time and rolled the dice on a new league called the AFL formed 2 years earlier by Lamar Hunt, owner of the Dallas Texans. Once again recruited there by his mentor Hank Stram. Dawson led the Texans to a thrilling double overtime win over the previous 2-time AFL champion Houston Oilers, claiming the AFL Championship in 1962 and was named MVP of the entire league. The next year Hunt moved the team to Kansas City and “Chiefs Kingdom” was born. Dawson won 3 AFL championships in his first 7 years including playing in Super Bowl I and winning Super Bowl IV. He was named MVP of Super Bowl IV. He is a member of the AFL All-Time Team and still holds passing records for the Chiefs. In 1966, while playing for the Chiefs, Dawson began what would become an equally auspicious career in broadcasting. He spent 50 years broadcasting sports at KMBC-TV in Kansas City. In 1977, he hosted HBO's Inside The NFL which lasted 24 years. He worked as an analyst for NBC's AFC coverage from 1977 to 1982. From 1985 to 2017 he was color analyst calling the games for the Chiefs radio broadcast team. He is the longest tenured sportscaster in Kansas City Radio and TV history. In 1987 he was named Best Broadcaster (KC Magazine). He received the Pete Rozelle Radio Television Award in 2012 and is 1 of 3 in the NFL and Broadcasting HOF. In 2014 he was nominated to the Missouri Broadcasters HOF. At the beginning of his final season as a Chiefs radio analyst, the team named their broadcast booth at Arrowhead Stadium “The Len Dawson Television Broadcast Booth.” The corporate office at Arrowhead is also the “Len Dawson Media Room.” He endorsed and was a spokesperson for countless organizations, companies, and nonprofits locally and nationally. Dawson is in more than ten different Hall of Fames. In 1973 he was awarded the now (Walter Payton) Man of the Year Award. 1979 he was enshrined in the Chiefs Hall of Fame. In 1987 his beloved number “16” was retired making him the only one to ever wear it for the franchise. That same year he was enshrined into the class of 1987 NFL HOF. 1988 Ohio High School HOF. Missouri Sports HOF twice 1994 and 1999. 1996 Purdue’s intercollegiate HOF. In 2000 he was the Leather Helmet Award winner. In 2002 Stark County HOF, 2008 Walter Camp Distinguished American Award., 2009 Lamar Hunt Lifetime Achievement Award, 2020 Indiana Sports HOF. He spent years as the spokesperson for the American Cancer Society. He started the Len Dawson Scholarship Award 45 years ago targeting a graduating high school senior within the Kansas City area. They have also named fields, trails, bridges, streets, and children in his name. After retirement from football, Len chose to remain in Kansas City where he and his wife Linda were members of Indian Hills Country Club. He loved the fans who welcomed him so warmly. He will be missed by all. Services will be held at the Country Club Christian Church, 6101 Ward Parkway, Kansas City, MO on September 16th at 11:00 AM. His wife Linda requests that in lieu of flowers, donations be made in Len’s memory to The University of Kansas Health System in support of nursing scholarships and mailed to Fund Development, 2330 Shawnee Mission Parkway, Suite 305, Westwood, KS 66205, or can be made online at giving.kansashealthsystem.com or to Kansas City Hospice.
VER MÁS VER MENOS