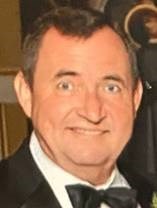 Terry was a lifelong Kansas City resident. He attended and graduated from both Rockhurst High School and Rockhurst University. Terry was a CPA and worked in both accounting and insurance during his life. He was a loyal and true friend to the many people he met through school and work. Terry enjoyed hunting, golf, visiting his extended family in Nebraska, and was a devout Catholic. Terry was blessed with a son, Philip, daughter-in-law, Amy, and two beautiful granddaughters.

Terry was preceded in death by his parents Philip and Marcella Connealy, his brothers Joseph and John, and his sister Cathleen. He is survived by his son’s family and by his brothers Dan, Kevin (Candy), Tim (Laura), and by many nieces and nephews. He is also survived by his many friends, especially very loyal friends Dan, Dave, and June. In lieu of flowers the family suggests contributions to Welcome House or Rockhurst High School.