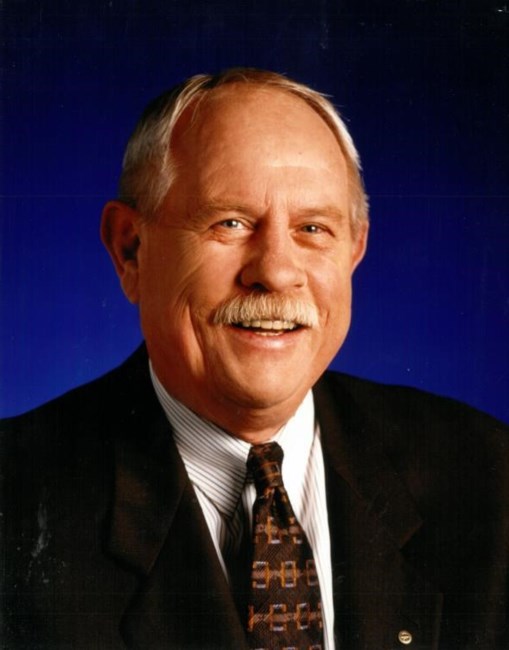 William “Bill” Thomas Reed, former President and General Manager of KCPT, Public Broadcasting Service television executive and member of the Army’s 339th, passed away peacefully in Kansas City, Missouri, on December 26, 2019 after an extended illness. He was 81. Born August 11, 1938 in Los Angeles to Jack and Virginia Reed, he was raised in a modest home in the small railroad town of Yermo, California. An avid reader with an ambitious nature, he became one of the first students from Yermo in decades to attend college. Awarded a football scholarship to the University of the Pacific, he earned his B.A. in History. It was there he met Mary Ann Guerrero, whom he married in 1962. Following a year of graduate studies where he received his Secondary Teaching Credential, and while was being scouted by the Los Angeles Raiders and San Francisco 49ers, he was drafted to serve his country in Vietnam, joining the Army’s 339th transportation company on rescue and recovery missions. Bill was awarded numerous medals including: the Bronze Star; Air Medal with Three Oak Leaf Clusters for meritorious achievement in flight; Armed Forces Expeditionary Medal; and Army Commendation Medal for Valor. After Vietnam, Bill returned to California where he initially worked as a school teacher in Redding. Shortly thereafter, an opportunity emerged that would set him on an entirely different path. In 1967, Bill became the general manager of a relatively new TV station, KIXE, which two years later would become one of the first affiliates of the new Public Broadcasting System, or PBS. In 1974 Bill joined PBS in Washington, D.C., and four years later was promoted to Senior Vice President of Educational Services. During this time, Bill recognized a trend toward more affordable video cassette recording devices that were creating a market for in-home, “on-demand,” media consumption of PBS programming. Collaborating with video distributors Pacific Arts Home Video and Boston affiliate WGBH, PBS Home Video was formally established. Due to partnership deals with exceptional content creators like Ken Burns, PBS Home Video achieved far greater revenues than projected. Because of this success, in 1991 the Pacific Mountain Network Board honored Bill with its Governor’s Award for Distinguished Service to Public Television. After 16 years at PBS, Bill returned to his roots at the local station level, becoming the President and General Manager of KCPT in Kansas City, Missouri in 1992. His first message to station viewers expressed his guiding principle that “local programming and station outreach activities are the most important services we can provide to communities in our coverage area.” From 1997-2001 KCPT successfully raised enough capital to ready its facilities for digital television, with KCPT being the second PBS station in the country to convert to the new broadcasting form. In 2003, KCPT was named Best Place to Work for Community Partnership by the Kansas City Business Journal. In house, Bill helped nurture an exceptional team of content creators who went on to win 21 regional Emmy awards and one national Emmy for the documentary “Be Good Smile Pretty.” Bill was an strong supporter of the Kansas City community, taking active roles such as President of the Jackson County Historical Society (1996-1998), President of the Public Television Association of Missouri (1994-1998 and 2002-2005), and Chairman of the Kansas Public Broadcasting Council (1997-1998). He also served on the Corporation for Public Broadcasting's Digital Television Task Force, and was a member of the Video Advisory Committee to the Missouri Department of Elementary and Secondary Education. Bill retired from KCPT in 2005 after 13 years with the station but still continued to support and serve Kansas City, having made it truly his home. Bill is survived by his wife of 57 years, Mary Ann, his two adult children John and Elizabeth, and brother John Reed, who all miss him dearly. In lieu of a service or flowers, the family requests any donations one would wish to make be sent to KCPT, 125 East Thirty-First Street Kansas City, MO 64108 or Veterans Community Project, 8900 Troost Avenue, Kansas City, MO 64131
VER MÁS VER MENOS