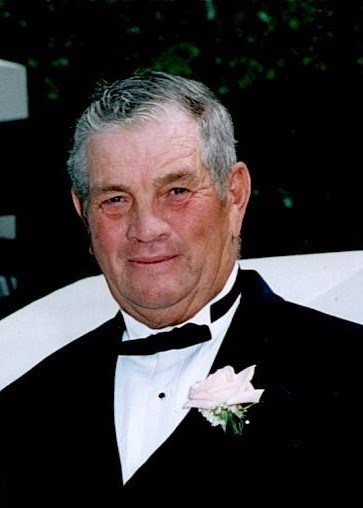 Kenneth V. “Vernie” McEndaffer, 86, of Stoneham, Colorado, died on Saturday, June 13, 2020, at EbenEzer Lutheran Care Center in Brush, Colorado. Memorial services will be held at 10:00 a.m. on Saturday, June 20, 2020 at St. John’s Lutheran Church in Kimball, NE with Pastor Kenneth Mars officiating. A graveside service will immediately follow the memorial service at Kimball Cemetery 3426 Rd 39, Kimball, NE. Funeral viewing for friends and family will take place at Cantrell Funeral Home on 609 S Walnut St, Kimball, NE Friday, June 19th from 1:00 until 6:00 pm. Friends may also visit www.cantrellfh.com to leave messages and condolences for the family. Memorials may be given to the Kenneth McEndaffer Memorial Fund. The services for Kenneth have been entrusted to the Cantrell Funeral Home. Kenneth Vernon McEndaffer was born in Kimball, NE on June 2, 1934, the son of William and Louise (Glover) McEndaffer. He was raised in the west plains region of Colorado just South of Kimball, NE. Kenneth attended country schools for his early education and then graduated from the New Raymer High School in 1952. Following high school he went on to work in South Dakota on the drilling rigs as a deck hand. Kenneth married Jean Walker and had three sons (Guy, Bret and Cody). He worked for the Ben Walker family Ranch and during this time some of his main responsibilities for the ranch were to show and promote their Hereford bulls at the National Western Stock Show. He was also one of the primary builders of the only gas station in New Raymer, CO He later married Naomi Hillman on June 16, 1972 in Grover, Colorado. In which he adopted one son (Lee). Kenneth worked on the family ranch in Stoneham, CO and for Livestock Exchange Inc, in Brush, CO. Kenneth had a true passion for raising livestock. His favorite time of year was the spring with the arrival of the new calf crop and witnessing the bond between cow and calf. Kenneth was a strong advocate for the Stoneham and New Raymer communities. He was deeply involved with the New Raymer Fair (World’s Fair), Feeders and Friends, and the New Raymer Roping Club. Kenneth was baptized and confirmed at Zion Lutheran Church in Grover, Colorado. He also served as Treasure at Saint John’s Lutheran Church in Kimball, NE and was a member for many years. Survivors include his wife Naomi McEndaffer of Stoneham, CO; sons Guy (Rose) McEndaffer of New Raymer, CO., Bret (Tina) McEndaffer of Sterling, CO., Cody (Dolly) McEndaffer of Sterling, CO., and Lee (Melissa King) McEndaffer of Ft. Collins, CO; brother David (Carol) McEndaffer of Ft. Collins, CO; sisters Margie Meyers of Sterling, CO., and Lorraine Delcamp of Bridgeport, NE; 9 grandchildren and 11 great grandchildren. He was preceded in death by his parents and sister Lou Ann Littlefield.
VER MÁS VER MENOS