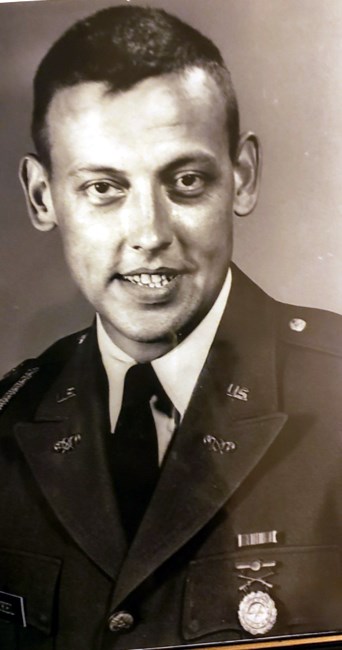 Daniel Bruce Puckel, 85, entered into the arms of our Heavenly Father during the early morning hours of Tuesday (November 13, 2018) surrounded by his loving daughters. Daniel was born on December 28, 1932 in Moline, IL to the late Walter & Lilli Sophie (Kall) Puckel. Daniel was a talented man of many accomplishments. His path to the Olympics began in high school as he shot rifle competitively in the R.O.T.C program. After winning the Memphis City Rifle Championship, he attended the University of Tennessee where he was chosen on the N.R.A. All-American team three years. In 1956, he unselfishly served our country in the United States Army, where he served as a lieutenant for four years, and was selected to be a member of the newly-formed Army Advanced Marksmanship Unit. He competed at the 1959 Pan American Games where he had one of the great competitions ever, winning 12 medals and 9 gold medals. The 12 medals is the second-most all-time at a single Pan Am Games, trailing only American gymnast Joseph Kotys in 1955, who won 13 medals that year. He broke three world records in free rifle at the 1959 Pan American Games. In 1960 he won an international free rifle event prior to the Roma Olympics. He competed in three rifle events at the 1960 Olympics, free rifle, small-bore rifle prone, and small-bore rifle, 3 positions. Daniel retired as a Chemical Engineer from Eastman Chemical Company after many years of dedicated service. He was a devout member of Colonial Heights Presbyterian Church. In his spare time he enjoyed golfing, and spending time with his family and friends. Daniel was a loving husband, father, grandfather, and friend; he will be greatly missed by all. In addition to his parents, Daniel was preceded in death by his wife, Dorothy Jean Puckel. Left to cherish his memories are his two daughters, Paula Sue Burns & husband Jeffrey Arthur and Dana Lee Lathan & husband David Robert; four grandchildren, Ariel Nicole Lathan, Joshua Daniel Lathan, Nathanael Scott Burns, and Luca John Burns. A Celebration of Life Service will be held on Sunday (November 18, 2018) at 2 p.m.at Colonial Heights Presbyterian Church (213 Colonial Heights Road Kingsport, TN 37663) with Rev. Shane Smith officiating. Committal services will follow at the Columbarium of Colonial Heights Presbyterian Church. Military rites will be provided by American Legions Posts 3/265. In lieu of flowers the family requests that memorial contributions be sent to Colonial Heights Presbyterian Church (213 Colonial Heights Road Kingsport, TN 37663). Online condolences may be made to the Puckel family at www.eastlawnkingsport.com. East Lawn Funeral Home and Memorial Park has the honor of serving the Puckel family.
VER MÁS VER MENOS