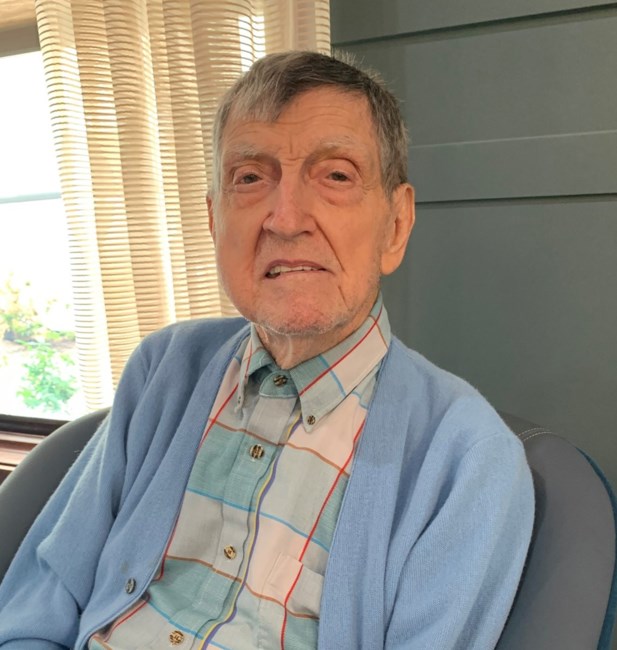 Edward Clark passed peacefully on Sunday, August 7 at 1:27 p.m. He was 97 years old, and made a lasting and positive impression on the many people who knew him during his journey. Edward was born on February 5, 1925, in Kansas City, Missouri. He served in the United States Army during World War II, and later graduated from The University of Missouri. He also met the love of his life, Willa Mae, and they were married in 1950. Edward was employed by Delco Electronics and Delphi Electronics from 1958-2008, where he specialized in radio technology and product development. He also taught himself Mandarin at the age of 80. Edward is survived by his son Phil, daughter-in-law Kathy, granddaughter Emily, and brothers Donald and Eugene. A public visitation for Edward will be held Saturday, August 13, 2022 from 10:00 AM to 1:00 PM at Ellers Mortuary & Cremation Center, 3400 S. Webster Street, Kokomo. Following the visitation there will be a graveside service with military honors provided by the US Army and Kokomo VFW at 1:00 PM at Sunset Memory Garden Cemetery, 2097 W Alto Rd, Kokomo. Edward will be laid to rest next to his wife. Fond memories and expressions of sympathy may be shared at www.ellersmortuarywebster.com for the Clark family.
VER MÁS VER MENOS