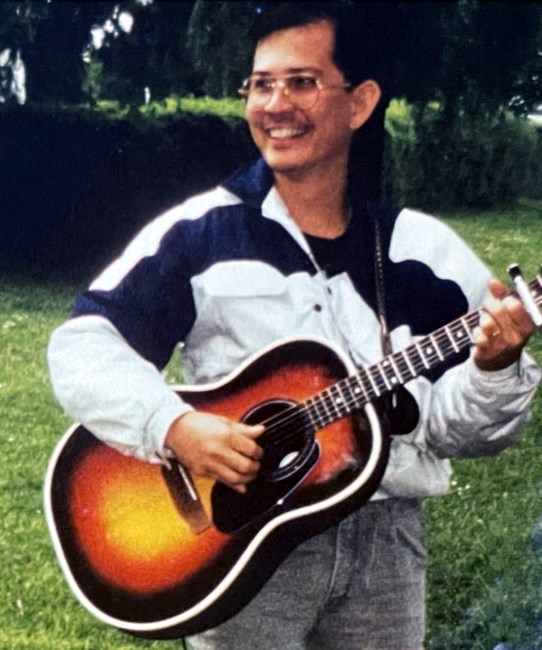 In Loving Memory John Paul Lapitan Aviles, 66, passed away on August 1, 2022 in Las Vegas, Nevada. He was born on November 3, 1955 at Velez General Hospital in Cebu, Philippines to Tomas Alba Aviles and Adela Lapitan Aviles and was raised in Naga, Cebu. He held a 21-year-long career with the U.S. Army, achieving the rank of of E-7 (Sergeant First Class). In the several places he had lived and was stationed, he was also an active member of the local church's music ministry and choir. He was an active member and, at one point, served as President of the Filipino American "Fil-Am” Association in Camp Zama, Japan. John Paul is survived by his wife, Divina; his son, Mark; his daughters, Michelle and Melissa; his grandchildren Kayla, Jaxon, Brooke, Audrey, and DJ; his grand dog, Flash; his mother, Adela; his brother, Peter; and his sisters, Grace and Ann. Fond memories and expressions of sympathy may be shared at www.palmsouthwest.com for the Aviles family.
VER MÁS VER MENOS