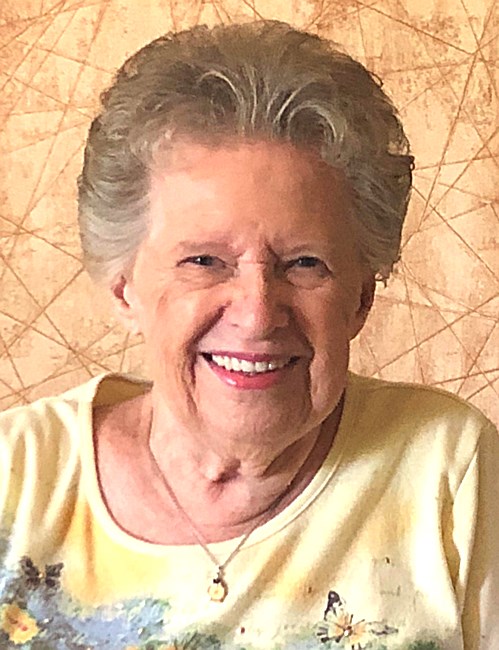 LEWISTON: Jeannette “Jane” B. Theriault, 92, of Lewiston, passed away peacefully in her home on Thursday, February 14, 2019 surrounded by her loving family. She was born on January 25, 1927 to Alphonse and Maria (Cote) Brin. She was a lifetime member of Holy Cross Parish. Later in life, after tending to her mother, she went back to Lewiston High School and graduated at the age of 62. She continued her education in Creative Writing at the University of Maine Lewiston/Auburn. She was employed as a housemother at Metcalfe Dormitory at the Central Maine Medical Center School of Nursing. Jeannette is survived by her daughter Gloria Perreault and her husband Raymond, her son Michael Theriault and spouse Bryce Libby, all of Lewiston; grandchildren Dr. Jara Johnson of Rochester, NY; Abby Chasse and spouse Craig Bernosky, Andrea Lydon and spouse John Lydon, all of Lewiston and Renee Perreault of South Portland; great-grandchildren Silas & Brynn Chasse, John Raymond Lydon and Caleb Bernosky. Jane was predeceased by her husband Alban Theriault; daughter Christine Johnson, grand-daughter Kari Johnson, her sister and brother in-law Jacqueline and Robert Cloutier and several nieces and nephews. Jane’s family wishes to extend their appreciation to Marshwood Nursing Home staff, Beacon Hospice and Elite Homecare for the kindness and compassion shown this past month. In lieu of flowers, donations can be made to the Eternal Word Television Network, 5817 Old Leeds Road, Irondale, AL 35210 or directly on their website www.ewtn.com. Visitation is Monday, February 18th 2-4pm and 6-8pm at The Fortin Group in Lewiston. Mass of Christian Burial will be celebrated on Tuesday, February 19th at 11am at Holy Cross Church in Lewiston; Committal at St. Peter’s Cemetery. Condolences may be shared with her family at www.thefortingrouplewiston.com Arrangements are under the care of The Fortin Group Funeral Home, Cremation and Monument Services 70 Horton St. Lewiston, 784-4584.
VER MÁS VER MENOS