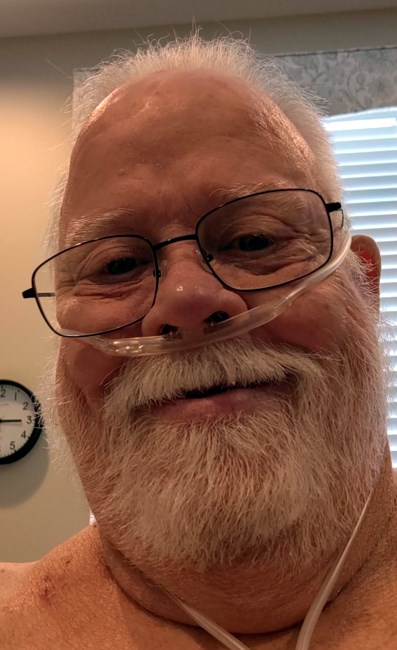 Gary Lee Van Bibber, age 69, of Excelsior Springs, Missouri passed away on Sunday, September 11, 2022. A memorial service will be held on Wednesday, September 28, 2022 from 2:30 p.m. to 6 p.m. at Church Archer Pasley Funeral Home, located at 119 E. Franklin Street, Liberty, Missouri, 64068. Gary was born June 7, 1953 in Kansas City, Missouri to Dorothy Lee Hancock and Jimmie Lee Van Bibber. He and his brother, Michael, grew up in Sugar Creek, Missouri. Gary attended Van Horn High School and graduated in 1971 before attending State Fair Community College. He left college to pursue a career in trucking, and spent most of his career driving for Dawn Foods, delivering flour and other supplies to bakeries. In return, he and his family were often gifted pies, cakes, and pastries by grateful bakers. On November 19, 1983, Gary married the love of his life, Cynthia Earnest. In 1985, their oldest daughter, Alicia, arrived as an early Christmas gift. Their younger daughter, Amber, followed in the spring of 1991. Gary was well-known by his family and friends for his love of sports, especially the Chiefs and Royals. He never missed a major league game, and would even watch kids Little League tournaments on ESPN. Every year for the Royals Home Opener, he and his family would have a potluck tailgate in the Kauffman Stadium parking lot. Whether it was warm or cold, sunny or stormy, Gary always made sure to be there with his family for their yearly tradition. Gary is survived by his daughters Alicia Kern (Josh Shirley) and Amber Van Bibber; his brother Michael Van Bibber (Loretta); his grandchildren Hunter Kern, Ryder Kern, and Paisley Shirley; his nephew Nick Van Bibber; and his niece Elizabeth Van Bibber. Gary was preceded in death by his father, Jimmie; his mother, Dorothy; his nephew, Ben Van Bibber; and his son-in-law, Alicia’s husband, Aaron Kern. Fond memories of Gary may be left at www.churcharcherpasley.com, as arrangements are under the direction of Church Archer Pasley Funeral Home, available by phone at 816-781-2000.
VER MÁS VER MENOS