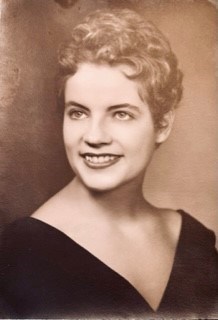 Nancy Jane Fuhrman, born Nancy Jane Nagel, passed away at the age of 86 on August 5, 2022 at North Care Hospice House in North Kansas City, Missouri. Nancy was born in Brooklyn, New York, on October 25, 1935, to Edmund J. Nagel and Frances Catherine (nee Jennings) Nagel. Her mother Frances passed when Nancy was a young child, and she was raised by her stepmother Helen (nee Griswold) Nagel. She moved to Omaha, Nebraska when she was a child and spent most of her early life there. She graduated from Omaha Central High School in 1954. She attended the University of Nebraska Lincoln and subsequently the University of Nebraska College of Medicine in Omaha, Nebraska where she earned her Bachelor of Science in Nursing. She met her husband Dr. J.A. (Jerry) Fuhrman while she was in nursing school and Jerry was attending Medical School. She worked as a surgical nurse for the first 2 years of her career and later as a clinical pediatric nurse. She was involved in multiple organizations to include Job’s Daughters where she served as a Queen of Job’s Daughters while in High School. She pledged to Delta Gamma Sorority while in college and was a member of PEO most of her adult life. On September 6, 1959, Nancy married the love of her life, Dr. J.A. (Jerry) Fuhrman. They became parents in 1962 with the birth of their twin boys, Jeffrey Edmund and Brooks Arthur. Nancy was an Air Force wife living in San Antonio, Texas and Omaha, Nebraska while Jerry served as an Air Force flight surgeon. Nancy, Jerry, and the twins lived together in Omaha until 1964, when they all moved to Gering, Nebraska. Matthew Francis Fuhrman was a born in 1965, completing their family of five. Nancy was an extremely loving and dedicated wife, mother, grandmother, and great-grandmother. In addition to entertaining, Nancy loved to go boating and traveled the United States with her family and friends. She often played card games, attended the local bridge club, and attended supper club and dance club events in Gering with her husband Jerry. She had a passion for animals, having several pets and many rescue dogs throughout her adult life and was also a contributor to the Humane Society. Nancy was preceded in death by her parents, Edmund and Frances (nee Jennings) Nagel; her stepmother, Helen (nee Griswold) Nagel; and her son, Brooks Arthur who passed at only 17 years old. Nancy is survived by her husband, Jerry; her sons, Jeffrey Fuhrman (Janet nee Edgerton) and Matthew F. Fuhrman (Dr. Cynthia J. Ward); her grandchildren, Broc Fuhrman (Karissa nee Fox), Dustin Fuhrman (Connor nee Knight), Matthew John Fuhrman (Aubrey nee Wessel), Reid Fuhrman, and Alexander Fuhrman; her great grandchildren, Brooks, Eden, Kade, Huxley, and Quinley; and many other friends, family, and loved ones. Memories of Nancy may be left at www.churcharcherpasley.com, as arrangements are under the direction of Church Archer Pasley Funeral Home, located at 119 E. Franklin St., Liberty, MO 64068, and available by phone at 816-781-2000. Graveside services will be held later in Gering, Nebraska, where she will be interred. In lieu of flowers, donations can be made to the local animal shelter or Calvary Lutheran Church in Scottsbluff, Nebraska.
VER MÁS VER MENOS