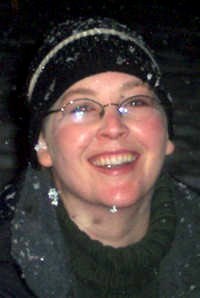 MARINA DEL REY, Calif. — Heather Noel Thompson, 42, formerly of Lisbon, passed away on Wednesday, Feb. 2, after nearly an eight-year-long battle with breast cancer. She was born in Memphis, Tenn., Dec, 13, 1968, the daughter of Jim and Brenda Thompson of Lisbon. She attended Lisbon schools beginning in fourth-grade and graduated from Lisbon High School in 1987. Following high school, she attended Syracuse University and majored in mechanical engineering. Upon completion of her education, she moved to Los Angeles, Calif., where she began a lengthy and successful career as a project manager/producer in the video game industry. On April 1, 2006, she married her then partner of 10 years, Andre Emerson, formerly of Detroit, Mich. They resided in their home in Marina Del Rey, Calif., with their family of six adopted/rescued cats. One of Heather’s greatest satisfactions in life was rescuing and rehabilitating cats who then became part of her ever growing feline family, with up to six at one point. Other passions of hers were traveling, attending concerts and listening to music. After her initial diagnosis of cancer, she traveled extensively to places such as Hawaii, where she swam with rays, Alaska, where she saw orcas, bears and petted sled dogs, Florida, where she swam with dolphins, Paris, France, where she admired great artist’s work at the Louvre Museum and to Tokyo, Japan, on business. Her interest in music ranged from Bob Marley to Nine Inch Nails, whom she saw in concert along with many, many other musical artists. She is survived by her soul-mate and husband, Andre Emerson of Marina Del Rey, Calif.; her father and mother, Jim and Brenda Thompson of Lisbon; her brother, Dain Stephens and his partner, Jennifer Manning, of Los Angeles, Calif.; many aunts, uncles, and cousins; and her beloved cats, Buddy and Fidget.
VER MÁS VER MENOS