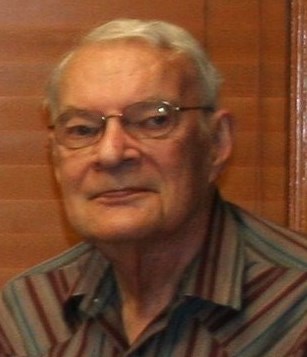 Clyde E. Glass Clyde Eugene Glass, 90, of Loveland, Colorado, passed away on October 4th, 2022 at the Bethesda Garden Assisted Living Facility. Clyde had been in the care of hospice for the past 6 months. Clyde was born on September 12, 1932, in Polk Township, Huntington County, Indiana to Claude Sherman and Wilma Inez Pearl (Butler) Glass. He graduated from Dallas Township High School in Andrews, Indiana then attended Presbyterian College in Clinton, South Carolina for two years. After graduating from Valparaiso (Indiana) Technical Institute he served at the US Army Engineer R&D Labs at Fort Belvoir, Virginia, and at the US Army War College in Carlisle, Pennsylvania. He married Barbara Lord on June 27, 1955, in Carlisle, Pennsylvania. He was an electronic technician in the R&D labs at the Hanford, Washington atomic energy site until moving to Littleton, Colorado in 1960 to work for the Martin Company as a test engineering supervisor on the Titan II missile program. While there he worked part-time for a radio consulting firm that specialized in AM broadcast station multi-tower, directional pattern antenna systems and later went full time as the firm’s field engineer. He worked 25 years for Hewlett Packard in Loveland until retiring in 1990. He held commercial radiotelephone, radiotelegraph, and radar operator licenses and was a licensed amateur radio operator for almost sixty years. He has been a member of the American Radio Relay League since 1952 and was a Life Member of the Quarter Century Wireless Association. Between 1955 and 1965 he was a Civil Air Patrol communications officer in Pennsylvania, Washington, and Colorado. Other volunteer efforts included helping provide emergency communications for several situations including severe storms and floods in Pennsylvania, South Dakota, and Colorado. During the Vietnam War, his amateur station was licensed in the Air Force Military Affiliate Radio System and he handled hundreds of messages between military personnel and their families in Colorado. In 1978 he was appointed by then Governor Lamm to the State Advisory Council on Emergency Medical Services where he served as the Council’s chairman while it wrote the rules and regulations governing EMTs and Paramedics. For several years he and Barbara delivered Meals on Wheels in Loveland. He became involved in forestry in the early 1980s to improve the environment and became a certified Master Tree Farmer after completing courses offered by the Colorado State Forest Service. For several years the family owned forested property west of Loveland as part of the American Tree Farm System. As a result of the improvements he and Barbara made in wildfire mitigation, wildlife habitat, and forest health the property was named Colorado’s Outstanding Tree Farm in 1995. For several years he served on the boards of several state and local forestry organizations and was past president of the Colorado Forestry Association. He is survived by his wife, Barbara, of McKinney, Texas; son Ron (Connie) of Billings, Montana; son, David (Cindy) of Colorado Springs, Colorado; daughter, Margaret (Kevin) Bahe of McKinney, Texas; four grandchildren: Tyler Glass, Brianna Sheridan, Levi Glass, and Alyssa Ruiz; brother, Duane of Las Lunas, New Mexico; sister, Charlotte of Albuquerque, New Mexico; sister, Sharon Myers of Mimbres, New Mexico; sister, Shirley Shenefield of Columbia City, Indiana as well as several nieces and nephews. He was preceded in death by his parents; his brother Frank, and a sister and a brother who both died in infancy, A memorial service will be held at the Allnutt Hunter Chapel, Loveland CO at 10:00 am on October 22, 2022 with a light luncheon back at Allnutt Hunter Chapel Memorial contributions may be made to Loveland Meals on Wheels or a charity of choice.
VER MÁS VER MENOS