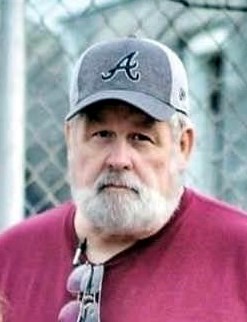 Gregory “Greg” Lee Newman, 65, of Madison Heights, went to be with his Lord and Savior on Thursday, September 22, 2022. Born on December 20, 1956, in Lynchburg, he was the son of the late Harry L. Newman and Katherine B. Newman. In addition to his parents, he was preceded in death by his father-in-law, Cecil Coleman and his mother-in-law, Darlene Coleman. Greg was a man of few words, but profoundly influenced many. Greg loved 3 things in life: his Lord and his church, his family, and softball. He was a longtime member, Elder, choir member, and Sunday School teacher at Sandy Bottom Christian Church. In addition to serving at his church, he was actively involved for over 34 years with the Amherst County Dixie Girls Softball Association in various capacities including serving on the board and coaching. One of his favorite things about coaching was that he loved helping young ladies develop to their full potential on and off of the field. In 2015, he was inducted into the Amherst County Sports Hall of Fame for his years of coaching and contributions to Amherst County Dixie Girls Softball Association. Recently, he was nominated to the Dixie Softball Hall of Fame. Voting is scheduled to take place at a later date. Even though he was a man of few words, if you wanted to get him talking, just ask about his girls or grandchildren. One of the highlights of his year was the annual beach vacation with all of his children and grandchildren. He cherished having the opportunity to have a week with the family all together. Greg also loved giving back to his community and truly had a servant’s heart. In his earlier years, he served as a member of Monelison Volunteer Rescue Squad. Most recently, he volunteered delivering Meals on Wheels with his wife. One of his favorite things to do at a restaurant was to anonymously pay for someone’s meal. He always believed and acted on “paying it forward.” Greg had a lifelong career in the electrical field in various capacities. Most recently, he had been an electrical project manager for Moore’s Electrical and Mechanical. He valued the relationships that he formed with many co-workers that he also considered friends. He is survived by his loving wife of 46 years, Diane Coleman Newman; three daughters, Jennifer Newman Blodgett (Travis), Melinda Newman Ellis (Chip), Kristin Newman Ross (Zac); six grandchildren whom affectionately called him “Poppy,” Emma and Hannah Ellis, Coleman and Elizabeth Blodgett, and Ethan and Connor Ross; sister-in-law Amy Coleman Sangston (Mark); brother-in-law Gary Coleman, and his Aunt Nancy Burnett. He will be greatly missed by many. The family will receive friends on Wednesday, September 28, 2022 from 6:00 p.m. – 8:00 p.m. at Whitten Monelison Chapel. A funeral service celebrating his life will be conducted on Thursday, September 29, 2022 at 11:00 a.m. at Sandy Bottom Christian Church with Pastor Tom McBride officiating. Interment will follow at Fort Hill Memorial Park. In lieu of flowers, memorial contributions may be made to Sandy Bottom Christian Church, 259 Old Wright Shop Rd, Madison Heights, VA 24572 or Amherst County Dixie Girls Softball Association, P.O. Box 156, Monroe, VA 24574.
VER MÁS VER MENOS