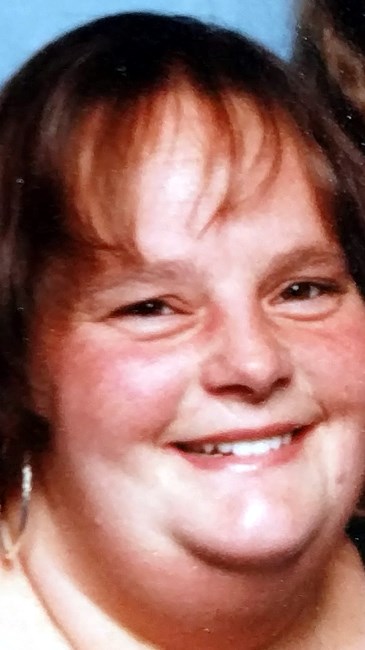 Kelly L. Donovan, 48, of Manchester, died July 11, 2017 at the Ridgewood Center in Bedford after a long illness. She was born in Manchester on April 12, 1969 the daughter of George and Simone (Young) Donovan. She was a lifelong resident of the Queen City and was educated in the local school system. Kelly was employed as a sales clerk at Rich’s Department Store. She loved getting together with her family and friends and will be fondly remembered as a loving and devoted mother, grandmother, daughter sister and friend. She was predeceased by her father George Donovan in 2003. Members of her family include her daughters Ashley Thompson and Amber Thompson, her granddaughter Amy and her mother Simone Donovan all of Manchester, her brothers Michael Donovan also of Manchester, Mark Donovan of Canterbury and Keith Donovan and his wife Amy of Pembroke and her sister Kathleen Lyons and her husband Jeremiah of Weare as well as several nieces, nephews and cousins. Visitation will be held on Friday July 14, from 3 to 6 pm at the McHugh Funeral Home 283 Hanover St. corner of Beech St. in Manchester. In lieu of flowers, the family requests that memorial donations in Kelly’s name be made to the American Diabetes Association 10 Speen St. Floor 2 Framingham, MA 01701 or to The Ridgewood Center 25 Ridgewood Rd. Bedford, NH 03110.
VER MÁS VER MENOS