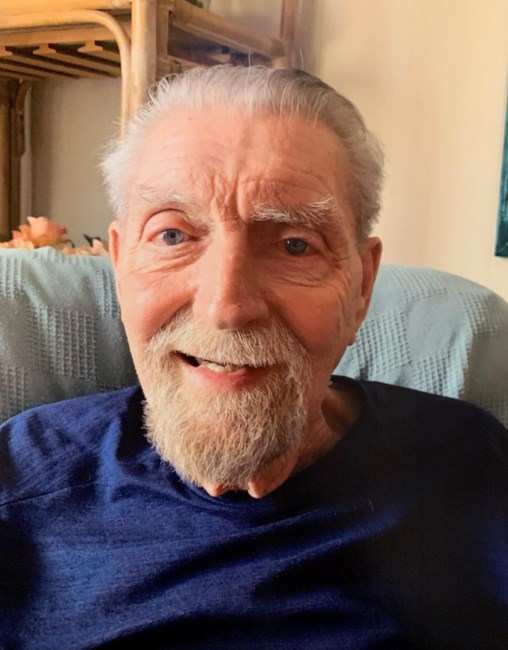 William (Billy) Donald Karriker Sr. Of Kansas City, Missouri was called home to be with the Lord, on September 21st, 2022 at 84 years old. He was born to Vinita Wallace Karriker and Grant Junior Karriker on June 27th, 1938 in Bevier, Missouri, and was their only child. After high school he enlisted in the Navy and was stationed on U.S.S Kawishiwi in Long Beach, California. Once he moved back home to Missouri he met and fell in love with his wife Mary Burns Karriker. They married and had 3 children, William Jr., Kimberly Lynn, and Vinita Marie. A short time later he joined the fire academy and after graduation he got a job with the Kansas City Fire Dept, which he loved. He was very proud to be a fireman and held many positions, including being the tiller driver, which was his favorite assignment. He continued to work for the KCFD for 35 years. After retirement from the KCFD he worked as a Special Ed. bus driver for Laidlaw for more than 20 years, he made many friends from this, and absolutely loved all the children he got to help and interact with. He was a proud Eagle Scout, a member of the Kansas City Turners German Social Club, a Lifetime member of the Elks Lodge #26, and a 4th degree Knight in the Knights of Columbus. He volunteered so much of his time to helping others and taking care of his friends and family. He was very protective and selfless and dedicated his life to others. He loved to spend time bowling, playing poker and traveling, he often would make the round trip to Florida to escape the cold Missouri winters. Spending all of his time tanning on the beach! He leaves behind his wife of 63 years, Mary Karriker, his 3 children and their spouses, as well as his grandchildren, Kelly, Brenda, Grant, Jack, Hunter, Bishop, Sawyer, Joseph, Katie, Andrew, and Julia. Also his great-grandchildren, Jace, Sophia, Jameson, Lucius, and Shane, as well as many nieces, nephews, and cousins. He is preceded in death by both his parents, Vinita and Grant, his son in law David Hugunin, as well as one great-grandchild Jade Karriker. His memorial will be held at the Elks Lodge #26, on October 21st at 11am in Kansas City, Missouri, all friends and family are welcomed to join.
VER MÁS VER MENOS