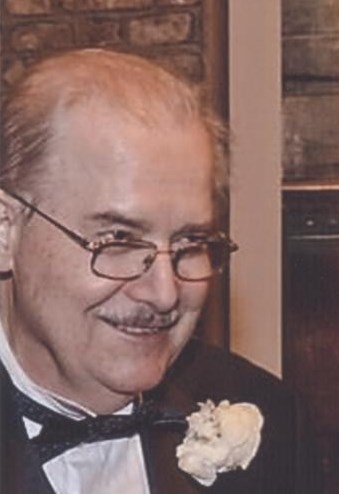 Joseph Edward Paris, age 71, of Marietta, died quietly at his home September 16, 2012. Joseph was born October 16, 1940 in Argentina, and immigrated to the United States in 1967 to complete his PhD at Johns Hopkins School of Medicine. He was an Assistant Professor of Biochemistry at Tufts University for several years before entering Boston University Medical School, graduating in 1975. In 1983 He and his family relocated to Florida where he found his true calling in Correctional Health Care. He served as Chairman of the outpatient department at Reception and Medical Center in Lake Butler, Florida, Medical Executive Director at Union Correction Institute and Medical Director, North Florida Reception and Medical Center. In 1995 he became Medical Director of Georgia Department of Corrections, a position he held for 10 years. At the time of his death he was working part-time at Clayton and Douglas County jails in the HIV and Infectious Disease Clinic and at the DeKalb County Public Health Department HIV Clinic. Dr. Paris was active in many professional organizations in the field of correctional medicine. He was a founding member of the Society of Correctional Physicians and served as president 1999 – 2001. He served as president of the Florida Chapter of the American Correctional Health Services Administration, and member of the executive committee on Correctional Health Care as well as chair of the policy and standards committee for the National Commission on Correctional Health Care. He was the recipient of numerous awards including the Physicians’ Recognition Award from the AMA, the Davis Award and the Armand Start Award for achievement in the field of Correctional health care. He authored over 200 professional publications in the field of medicine and correctional health care. Joseph was active in many local organizations, including the National Railway Museum, Accordion Club of Greater Atlanta, and Arms Collectors of Georgia. He was a well-known Tango musician who performed both locally and internationally. He was preceded in death by his parents, and sister, Elisa, as well as his infant son, Joseph Edward, Jr., and daughter, Christina. He is survived by his wife, Mary, of Marietta; children, Laura Paton of Charleston, SC, Marta Hughes, of Rydal, GA, and Joseph John, of East Hartford, CN; grandchildren, Louisa Paton, Parker Paris, and Madelaine Paris. A memorial service will be held Sunday, October 7, 2012, at 3:00 PM in the chapel of H. M. Patterson & Son Funeral Home, Canton Hill, with a reception at the funeral home immediately following the service. In lieu of flowers, please make donations to Southeastern Railway Museum P O Box 1267 Buford Hwy Duluth, GA 30096.
VER MÁS VER MENOS