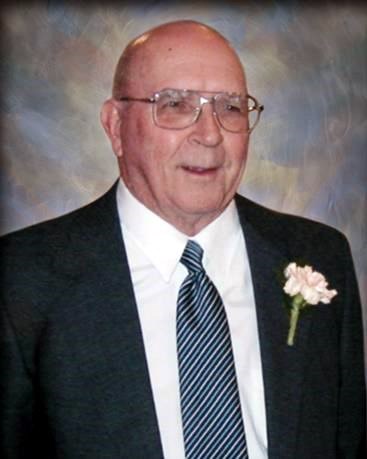 On September 15, 2022 our family lost Vern, a loving husband, stepfather, grandfather and great grandfather. Born and raised in Salem, Oregon; he attended Oregon State University. He graduated in 1950 with a Bachelor of Science degree in business and technology. He is a lifetime Alumni Association member. Prior to college, Vern entered the United States Navy. He served in San Diego, California; Gulfport, Mississippi and Saufley Field Pensacola, Florida. He was honorably discharged in August of 1946 in Bremerton, Washington. His career with US Bank included additional courses in banking. His final promotion was as Vice President of the Trust Department. After retiring, Vern moved with his mother to Arizona. He spent his early retirement years caring for his mother and ill older brother Jack. Later he moved to a retirement community where he enjoyed golf and other amenities of the community. It only took Vern until the age of 75 to marry the love of his life. He met Violet when they became neighbors. It took three phone calls (two of them hang ups) to ask her to golf with him. Their friendship grew as did their love over the next few years. He and Violet spent many years travelling throughout the world. Their marriage gave Vern an instant family. He became stepfather to three daughters; JoAnne (spouse Jim); Virginia and Debra (spouse Charles). His six grandchildren include Carlton, Jodi, Christopher, Troy, Kimberly and Jackie. During their marriage, their great grandchildren grew to 11. Never having children, Vern truly enjoyed the babies and toddlers; watching them grow and develop. Spending time with each family member learning their interests and personalities was important to him. Vern was a quiet, patient man but let his preferences be known. This was especially true when it came to food. When invited to dinner he wanted to know what was on the menu. If he approved, you were having a dinner guest. Along with his family, Vern is survived by his close cousins, Ron Johnson and Sharon Lacey. He also has numerous other cousins. Once married, Vern often said he never realized how wonderful it was to have his own family. Our family has an empty spot in our hearts. He made our lives full of love and many times entertained. You are missed, but will always be loved and remembered.
VER MÁS VER MENOS