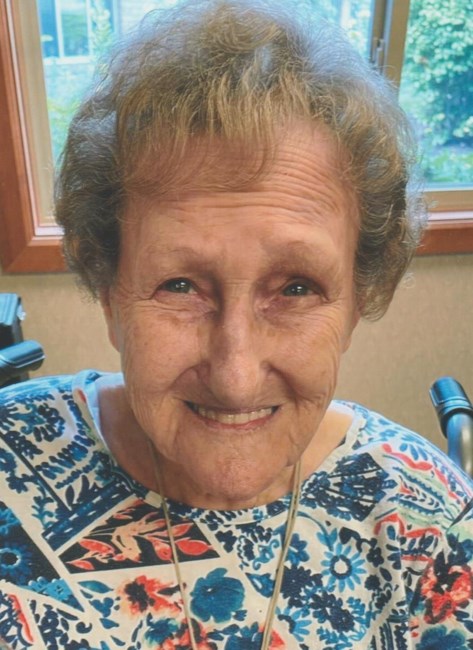 Peggy Jane Davis Cunningham, age 89, of Middletown, Ohio went to be with her Lord on Tuesday, September 20, 2022 at The Bickford of Middletown where she had made her home the last four years. She was the only daughter born to Charlie and Edna Potter Cottle on June 28, 1933 in Cottle, Kentucky. Peggy graduated from West Liberty High School, West Liberty, KY and then married Donald Davis. They moved to Middletown in 1950. She was employed by Bobbie Brooks Sewing, McDonalds, and retired from Sears. She faithfully attended the Church of Mayfield, Faith Alliance Church and later Enterprise Baptist Church. She was involved in the Women’s groups and Missionary groups at all the churches. She had also been a Hospice volunteer. Peggy is survived by her daughter, Donna (Jeff) TerBush of Franklin, OH; her son, Todd (Denise) Davis of Morrow, OH; grandchildren, Colby Davis of Palmetto FL, Dalton Davis of Middletown, OH, Donald Dustin Davis of Fort Thomas, KY, Laurie TerBush and Brandon TerBush of Miamisburg, OH; and 4 great-grandchildren, Aidan Kruty, Nolan Davis, Ava and Adalyn Tirey; sister-in law, Juanita Cottle; special loved ones: Wanda Sullivan, Peggy Parks, Chance Parks and Alyshia Shafor; numerous nieces and nephews; and many other loving family members and friends; plus her precious Bickford family. She was preceded in death by her parents; first husband, Donald Davis; son, Richard Davis; 4 brothers, Charles Jr., James, Cortis, and Guy Cottle. Visitation will be 4:00pm-7:00pm Sunday, September 25, 2022 and an hour before the funeral at 10:00 am. Funeral will be at 11:00 am on Monday, September 26, 2022 at Breitenbach Anderson Funeral Home, 517 South Sutphin Street, Middletown, OH 45044. In lieu of flowers, donations may be made to Wounded Warriors and/or Hospice of Middletown.
VER MÁS VER MENOS